In State of Utah v Brooks, Andrew Brooks appealed the district court’s decision to revoke and reinstate his probation and serve a minimum of 90 days in jail. 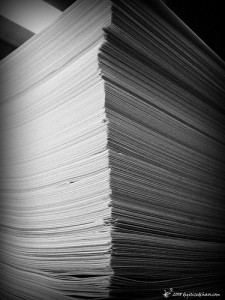 State of Utah v Brooks stems from Brooks’ first case where he was charged with unlawful sexual activity with a minor, a third-degree felony. In that case, Brooks pleaded guilty, was sentenced to a suspended prison term of zero to five years, ordered to serve 101 days in jail, placed on 36 months’ probation and ordered to complete a sex-offender program.

An undisclosed period of time later, Adult Parole and Probation (AP&P) filed an affidavit stating that Brooks had violated his probation by showing certain behaviors and also didn’t complete the sex-offender program.

The district court was pretty straightforward in expressing its disapproval with Brooks’ behavior and lack of cooperation with AP&P. After listening to arguments, including allowing Brooks to speak, the court—following the recommendation of AP&P—determined that Brooks’ probation would be revoked and restarted and that he would be required to spend a minimum of 90 days—not to exceed 365 days—in jail. He would be released to complete the sex-offender program after the 90 day minimum sentence and as soon as space in the program was available. The district court gave Brooks credit for time served.

Brooks also raised the issue that his trial counsel didn’t object appropriately. By contrast, the appeals court noted that Brooks’ attorney may not have objected to certain parts of the hearing perhaps because he felt that AP&P’s recommendations for Brooks were quite favorable, in light of the circumstances. The appeals court did not find that Brooks’ trial attorney acted ineffectively, either, and pointed out that they also felt AP&P acted generously.

Why You Should Hire the Best