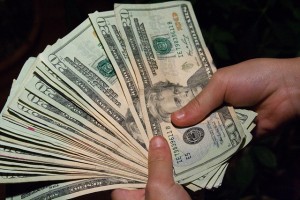 A big problem with civil asset forfeiture is that the burden of proof is upon the person who’s had his property seized. In other words, guilty until proven innocent. If that seems a bit backwards, it is.

What the Fourth Amendment Says About Unreasonable Seizures

* The right of the people to be secure in their persons, houses, papers, and effects, against unreasonable searches and seizures, shall not be violated, and no Warrants shall issue, but upon probable cause, supported by Oath or affirmation, and particularly describing the place to be searched, and the persons or things to be seized.

Unfortunately, a lot of U.S. citizens are suffering from what could be termed the “asset forfeiture boom”–a popular way for some law enforcement officials to turn a quick buck, or more accurately termed a quick $4.2 billion (which was the total net assets seized by law enforcement agencies in fiscal 2012.) No, that is not a typo: $4.2 BILLION!

In fact, there was a case in Michigan where a grocery store owner had tens of thousands of dollars seized by the government in a situation that wasn’t related to a criminal investigation. The store owner would make frequent cash deposits into his bank account to avoid having more money on his premises than he was insured for, should he be robbed.

The government didn’t like the fact that the store owner’s deposits were generally under $10,000, because any deposit under that amount would trigger mandatory reporting. So, the government seized his money under the guise of civil asset forfeiture. The prosecutors in this case offered the store owner $7,000 to settle.

Get the Advice of a Utah Criminal Defense Attorney

Talk to a Utah criminal defense attorney today if you have additional questions about asset forfeiture or any other criminal matter you’re involved in–whether of your own fault or not. Don’t put yourself in the hands of the prosecution–the odds are against you if you act alone. Contact a criminal attorney with asset seizure experience and fight for your money unless you want the Utah police to keep your money.