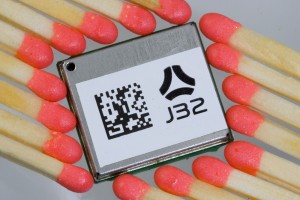 While the world is changing, the fact that people are still suspicious of one another, even those they are supposed to be most intimately attached to, remains the same. The technological changes in the world means there are entirely new ways to keep tabs on someone suspected of wrongdoing. Gone are the days are hiring a private investigator or taking on the task personally, trying to covertly follow the suspected party. Also gone are the days when this might have been considered legal in many states. A recent form of tracking, GPS stalking, is a problem that is being addressed by several pieces of legislation on both a state and national level.

GPS stalking is tracking someone’s movements using a Global Positioning System (GPS). Such systems are found in many types of cars and smartphones, but they are also available as individual devices which can be covertly attached to a vehicle or stealth apps which can be put on smartphones and monitored.

It has been estimated that in 2006, before smartphones were as prevalent as they are today, more than 25,000 cases of domestic violence were linked specifically to GPS stalking. A recent law in New York known as Jackie’s Law puts more modern numbers to the phenomenon, stating that one out of every four stalking cases nationwide involve some form of tracking technology.

Jackie’s Law was named for Jackie Winiewski, a woman who was murdered two years ago in New York by her boyfriend. Previous to her death, Winiewski had discovered her boyfriend had placed a GPS device on her car, but New York law at the time didn’t allow for prosecution. Jackie’s Law was recently signed into effect in New York, but many are wondering if it is enough. The gist of the law is that it is now illegal to commit GPS stalking, under one condition: the person being tracked must make it clear that electronic tracking is unwelcome. The obvious gray area deals with the fact that GPS stalking would still be legal if the person didn’t know about it.

Currently GPS tracking is legal in many cases, such as for parents monitoring the activity of their children, law enforcement using them for investigations, companies tracking the use of a company vehicle, and even car rental companies, although in the latter situation, many states require the company to notify the renters of such a device. Vehicle owners are allowed to have tracking devices on their car, but some states designate that it is illegal to track a co-owner of the vehicle, such as a spouse.

In Utah, GPS stalking [stalking, in general] is considered an “offense against the person” according to Utah Code 76-5-106.5. The offense ranges from a class A misdemeanor to a second degree felony depending largely on whether or not the offender has been convicted of stalking before or if he/she used a dangerous weapon in the commission of the crime. While the law is unclear whether or not the victim has to first state that they don’t want to be tracked in order for GPS stalking to be punishable by the law, it does clearly state that it is illegal to use “a computer, the Internet, text messaging, or any other electronic means.”

GPS Stalking Legislation on the Table

There are two pieces of legislation currently in the spotlight. Following the lead of Jackie’s Law, Sen. Charles Shumer, D-New York, is promoting a bill that would make any form of electronic stalking illegal nationwide. Concern of the bill is the same concern mentioned in regards to Jackie’s Law. Specifically, enforcement becomes an issue if someone doesn’t know they are being GPS stalked. In addition, attorney Peter Pullano stated that if such a bill becomes law, it would have to be constantly amended to keep up with the changing face of technology.

Another piece of legislation that relates to one of Shumer’s motivations in proposing his legislation aims more specifically at apps that offenders are using to track their victims. Sen. Al Franken, D-Minn., has introduced the Location and Privacy Act to address the fact that there is no federal law banning apps that seem directly related to GPS stalking. While some of these apps claim to be aimed at parents who want to keep track of their teens, other apps make no attempt to hide the fact that they are advertising to men or women who fear their partner is being unfaithful. One such firm even advertised, “total control of your partner’s phone without them even knowing it.”

In many cases, the offender gives the phone to their partner with the app already installed, but in some cases, they will secretly install the app on the victim’s phone. Either way, Franken considers it an invasion of privacy and tantamount to GPS stalking. Critics of the legislation point out that while some apps definitely seem to be aimed at stalking, other apps offer legitimate GPS services, including apps limiting the use of phones of teen drivers or to monitor people with early-stage dementia.

Robert Atkinson, president of the Information Technology and Innovation Foundation was quoted as saying, “Congress could and should ban the marketing and sale in the United States of apps advertised and marketed as stalking apps, but that would not prevent would-be stalkers from using a legitimate tracking app for off-label purposes.”

Given the domestic violence statistics and the facts that GPS stalking may have even been responsible for offenders being able to find their murder victims, it is clear that the threat needs to be addressed beyond current law. However, it seems that the considerable “gray area” will need to be explored before proposed legislation is going to be as effective as it needs to be.