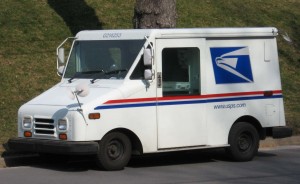 In 2013, when former CIA systems administrator Edward Snowden leaked information to the public regarding the National Security Agency and other agencies’ usage of global surveillance programs, including the tracking of email and phone records, many were stunned. However, previous to an audit conducted by the Office of Inspector General and obtained under the Freedom of Information Act (FOIA), a mail surveillance program that has been going on for over a century known as “mail covers” has been slipping quietly under the radar. Results of the audit—including the fact that almost 50,000 requests were made last year to secretly monitor the mail of American citizens—are raising many concerns regarding efficiency and abuses of Constitutional rights.

Not the Only Mail Surveillance Program

Mail covers is a program where postal workers will record information from the exterior of letters and parcels at the request of a state or federal law enforcement agency or the U.S. Postal Service’s (USPS) own investigative branch, the Postal Inspection Service. According to a report by the New York Times, law enforcement claims this method of surveillance is still “a powerful investigative tool,” providing information to the agencies about an investigation target’s businesses, associates, bank records, and even accomplices.

While mail covers is the one of the older mail surveillance programs utilized by law enforcement agencies, it is not the only one. Mail imaging—a process where computers take photographs of the exterior of all pieces of U.S. mail—has been used for several years as a central component of mail processing. According to the USPS, these images are only stored for anywhere from a week to 30 days. However, law enforcement agencies are able to request stored images of mail sent by investigation targets.

Another mail surveillance program came into effect in 2001 but wasn’t made public until 2013 when reports revealed that ricin-laced letters were mailed to President Obama and former NYC Mayor Michael R. Bloomberg. The Mail Isolation Control and Tracking Program was created after the 2001 anthrax scare that killed five people. It allows for the tracking or investigation of mail suspected of containing biohazards such as ricin or anthrax.

According to the New York Times, the requests for mail surveillance come from all levels of government, from global intelligence investigations to state criminal inquiries. While Paul J. Krenn, a spokesman for the Postal Inspection Service, stated that “there has to be a legitimate law enforcement reason” for mail surveillance, according to former FBI agent, James J. Wedick, the program can easily be abused because it doesn’t require a judge’s order or warrant. According to the Inspector General’s audit of the mail cover system, approximately 20 percent of orders for mail surveillance from law enforcement outside of the Postal Inspection Service were not properly approved.

In addition to the apparent ease of instigating mail surveillance, there have also been problems with maintenance of records. The audit revealed that even after orders for surveillance had expired, postal workers were still recording and sending data to the law enforcement agencies who requested them. Of the mail covers audited, 928 of them were still considered “active” even though the order had expired.

Another concern regarding mail covers is the abuse of the system. Typically, the Postal Service is only supposed to grant “mail covers” in regards to law enforcement agencies or issues of national security. However, the audit revealed that13 percent of orders were either unjustified or not correctly documented, and several incidents have come to light proving that regulation of this form of mail surveillance is a serious concern.

In 2011, a county supervisor in Arizona, Mary Rose Wilcox, discovered that the sheriff and county attorney had been using mail surveillance on her. Wilcox believed this was a result of her vocal criticisms of the sheriff’s alleged practice of targeting Hispanics in the area. The sheriff and county attorney used the surveillance information to get a warrant for banking and other information about two restaurants owned by Wilcox and her husband. A subsequent raid of one of the Wilcox restaurants at the local airport resulted in the loss of the contract as well as causing a drop in business at their other establishment. Wilcox sued the county and won in a ruling upheld by the Ninth Circuit Court of Appeals.

Another case involved a San Antonio defense attorney who discovered that the federal prosecuting team was using mail covers to track communication between the defendant and the defense team. While this would seem to be a violation of Sixth Amendment of the U.S. Constitution protecting the assistance of legal counsel (to include private communications between client and attorney), since they aren’t actually reading the mail, mail covers in this situation are not being considered a violation as of yet.

A Commitment to Address Concerns

Other claims of violations of the First Amendment protecting free speech and the Fourth Amendment protecting against unreasonable search and seizure are running into the same hurtles as those claiming Sixth Amendment violations. While reading the actual contents of the mail requires a warrant, simply examining the outside of the packaging doesn’t constitute a violation of a Constitutional right.

Even though this is the case, the audit by the Inspector General brought these issues to light, and as a result, senior Postal Service officials have publicly stated that procedures are being tightened.

“Performance measures and weekly reporting have been put in place to record receipt of outside agency criminal mail cover requests and to ensure timely processing.”