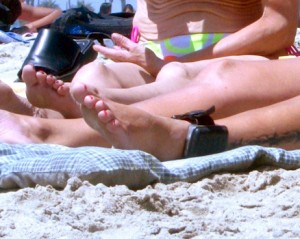 At a time when Utah is facing prison overcrowding issues, matched with a facility at Point of the Mountain in Draper that is considered incapable of supporting the growing prison population, Cook County in Illinois is proposing and enhancing several measures which seek to reduce not only their own jail overcrowding issues but also perceived problems in the state’s criminal justice system in general.

Most of these measures put Cook County Sheriff Tom Dart firmly in the spotlight, either supporting such issues as a “rocket docket” for low-level cases, or expressing concerns over increases in defendants being released into electronic monitoring.

According to articles in both the ABA Journal and Chicago Tribune, Cook County Sheriff Tom Dart is critical of the very criminal justice system he helps to administer. In his most recent actions, Dart has implemented some changes and proposed others in an effort to ease jail overcrowding in his county.

The first area Dart wants to address is the length of jail stays—perhaps more importantly, the cost of those stays—for detainees being held on minor offenses. In a press conference on Tuesday, March 10, Dart said the system is “not set up to care” about these detainees who may sometimes wait for months for their case to be resolved.

Using an example of a man who spent 114 days in jail for allegedly stealing a pack of candy bars, a stay which cost taxpayers more than $16,000, Dart criticized “the outrageous amounts of money we spend incarcerating the wrong people.” He said the system leads to not only jail overcrowding but also “unjust incarceration.”

Addressing the latter part of the statement, Dart—who has referred to the Cook County Jail as the largest mental health facility in the country—is proposing a diversion program for mentally ill defendants, but the outcome of that proposal remains to be seen.

In order to address the overly lengthy and costly stays, starting the week of March 16th and continuing every week thereafter, Dart said county officials will identify five-to-ten cases where they believe people should not still be held in jail, and then work with county prosecutors and public defenders in an attempt to fast track those particular cases.

Along the lines of fast tracking, Dart is also proposing legislation for a “rocket docket” which would give the county 30 days to work out cases of retail theft and criminal trespassing before the defendants would be released on recognizance bonds or electronic monitoring. Dart said he believes that if successful, this could potentially be applied to low-level drug offenses as well.

With electronic monitoring, a defendant wears an ankle or wrist bracelets which sends radio signals to a cellular tower to assure the defendant is staying within the confines of their release (which may include places of employment). While electronic monitoring has been shown an effective tool for easing jail overcrowding and allowing defendants to continue working and supporting their families, it also raises several concerns. One issue is judges worrying that they are releasing the wrong defendants back into the public simply to go on to commit another crime spree.

This issue came to a head in Cook County when Chief Judge Timothy Evans stated that a long-standing federal court order directed Dart as the sheriff to decide who would be released onto electronic monitoring. Dart maintained that judges would know better if a defendant might be dangerous or a flight risk.

Evans also said the sheriff’s office wasn’t releasing everyone who had been ordered onto electronic monitoring. However, Dart stated that just because a defendant is ordered onto electronic monitoring doesn’t mean they will be released. Certain circumstances—such as a defendant being homeless or not being able to raise the money necessary for their bond—may lead to those defendants remaining in jail.

Perhaps in response to this dispute and Dart’s other pushes for easing jail overcrowding, Cook County judges ordered 14,717 male and female defendants awaiting trail onto electronic monitoring, as opposed to 8,657 in 2013. The sheriff’s office reported that the jail population dropped from 10,388 in February of 2013 to 8,427 at the beginning of March of this year, reflecting a trend that is the opposite of many other places in the country, including Utah.

However, Dart is concerned that it seems judges are releasing considerably more defendants to electronic monitoring who are potentially dangerous. Many of these defendants would fall under the Cook County Sheriff’s Office “high priority” category, which would mean increased supervision and responsibilities to Dart and his deputies.

While one such high-profile defendant—a former suburban deputy fire chief charged with attempted murder among several other crimes—had originally complained about the intense supervision, claiming it bordered on harassment, he has since come around to accepting the situation as a condition of his release.

“It sure beats being in jail,” he said.