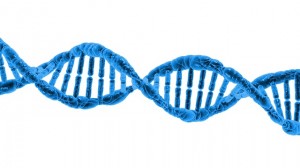 Most people know that if a crime has been committed and fingerprints are left behind, detectives can inspect those fingerprints to determine if you are a match and therefore committed the crime. Other evidence commonly gathered may be blood, saliva, or semen. However, a recent case in Maryland brought the issue of DNA evidence gathering under the spotlight. In the case, after a suspect voluntarily came into a police station for questioning on a rape case, the police swabbed the armrests of the chair he was sitting in for skin cells to test DNA, leading to his conviction. The man took his case to the Maryland Court of Appeals, which upheld the conviction. He appealed to the Supreme Court of the United States (SCOTUS), but they denied the request for review.

The Case was Closed, but was it Lawful?

According to an article in ARS Technica, in 2006 a Maryland woman was raped in home. Police interviewed approximately 20 suspects over the course of two years in an attempt to locate the perpetrator. Each of the suspects voluntarily provided DNA samples to the police, but none of them matched the genetic material from the crime scene.

However, Glenn Raynor, a former classmate of the victim and man who matched the physical description of the suspect, refused to provide a sample of his DNA. However, he did voluntarily come into the police station, spoke with police, and stated that he was not the rapist.

After Raynor left, police swabbed the armrests of the chair where he had been sitting. They were able to gather skin cell DNA evidence which they used to link Raynor to the crime scene. In his trial, Raynor moved to suppress the DNA evidence, claiming it was a violation of the Fourth Amendment, which protects against unreasonable search and seizure without a warrant. In order to obtain a warrant, there must be probable cause, and Raynor claimed they didn’t have the probable cause necessary.

The DNA evidence was allowed in the case, and Raynor was sentenced to life in prison. He took the case to the Maryland Court of Appeals, which upheld the conviction on a 4-3 vote, and on Monday, March 2, without any comment, SCOTUS refused to review the case.

In addition to Raynor taking his case to the Supreme Court, the Electronic Frontier Foundation (EFF) also filed an amicus [friend of the court] brief, urging the Supreme Court to accept the case.

According to an article on the EFF website, they are claiming that DNA evidence used in cases like Raynor v. Maryland are violating people’s Fourth Amendment right to privacy regarding their personal genetic material.

“As human beings, we shed hundreds of thousands of skin and hair cells daily, with each cell containing information about who we are, where we come from, and who we will be,” EFF Senior Staff Attorney Jennifer Lynch said. “The court must recognize that allowing police the limitless ability to collect and search genetic material will usher in a future where DNA may be collected from any person at any time, entered into and checked against DNA databases, and used to conduct pervasive surveillance.”

They went on to say that just because the cost of DNA evidence analysis technology is dropping doesn’t necessarily mean that it should be used more. They pointed to the fact that in some cases, DNA “can allow police to identify a person’s relatives, turning family members into inadvertent ‘genetic informants’ on each other.”

In 2013, in a similar case from Maryland, the Supreme Court ruled by a 5-4 vote that police may take a DNA sample from someone who has been arrested without the need for warrant. However, Raynor’s attorney, Byron Warnken, said the same shouldn’t apply to his client because Raynor was not under arrest at the time.

In the Maryland Court of Appeals, the dissenting judges said the case of Raynor v. Maryland set a dangerous precedent.

“The Majority’s approval of such police procedure means, in essence, that a person desiring to keep her DNA profile private, must conduct her public affairs in a hermetically sealed hazmat suit. Moreover, the Majority opinion will likely have the consequence that many people will be reluctant to go to the police station to voluntarily provide information about crimes for fear that they, too, will be added to the CODIS database…. The Majority’s holding means that a person can no longer vote, participate in a jury, or obtain a driver’s license, without opening up his genetic material for state collection and codification. Unlike DNA left in the park or a restaurant, these are all instances where the person has identified himself to the government authority.”

“In the end, we hold that DNA testing of the 13 identifying junk loci within genetic material, not obtained by means of a physical intrusion into the person’s body, is no more a search for purposes of the Fourth Amendment, than is the testing of fingerprints, or the observation of any other identifying feature revealed to the public—visage, apparent age, body type, skin color.”