Following the legalization of same-sex marriages, those wishing to practice bigamy in Utah may be wondering if and when there will be equal rights for all marriages. 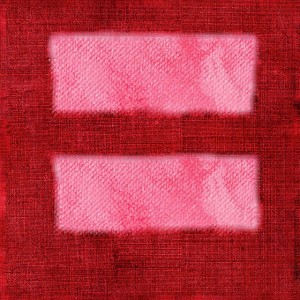 On June 26th, 2015 the U.S. Supreme Court ruled that same-sex marriages were to be legal in all fifty states. This ruling from the Supreme Court was celebrated as a huge victory by supporters of the LGBT community. Those in favor of gay marriage argued that no one should be discriminated against when choosing a marital partner; that everyone ought to have the right to wed whom they love. Any other decision by the courts would be unconstitutional.

Now that the constricting barrier of protecting the sanctity of “traditional marriage” has finally been lifted nationwide, other couples choosing non-traditional relationships, such as marrying multiple spouses, wish to have similar rights. Unfortunately for them, the practice of bigamy is a third degree felony punishable by up to five years in prison; Prison time for trying to legally marry people they love. Traditional marriage may not exist in the way America remember as one man and one woman; perhaps it has been redefined to specify monogamous marriages only. It appears the lines may have been adjusted to fit what is publicly accepted. 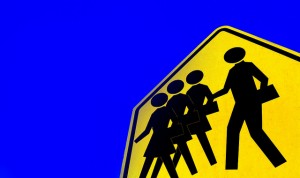 Bigamy is often referred to a second marriage where the spouses are unaware of another husband or wife while polygamy is thought to be a multi-marriage where everyone knows each other. What is known as polygamy is often ordained by a religious leader but without a legally binding contract. Technically, bigamy is the official definition for all types of marriages that consist of more than two partners. This is discussed in Utah Code 76-7-101 which states: A person is guilty of bigamy when, knowing he has a husband or wife or knowing the other person has a husband or wife, the person purports to marry another person .”

Although bigamy is still against the law, there have been small strides that may eventually open doors for spouses practicing bigamy. In December 2013, a federal judge deemed that a portion of Utah Code 76-7-101 that covers bigamy was unconstitutional. The part in question involved bigamy without marriage which was known legally as a married person who “cohabits with another person”. This federal ruling striking down that portion of 76-7-101 came after Kody Brown and his four wives came under attack for their polygamous relationship. The Browns, a polygamous family in Utah, were made famous for their involvement in the hit television series Sister Wives. Although Brown was only legally married to his first wife, the fact that he lived with four wives and had children with all of them deemed them married through cohabitation or common-law. Facing a third degree felony for each extra wife he had, Brown and his wives went to federal court where their polygamous relationship was deemed legal. Eventually Brown may be able to wed his other wives legally.

Bigamy with minors, which is considered a type child abuse to many, will likely remain against the law indefinitely as a second degree felony.

Bigamy in the future

As many citizens take a more liberal approach to traditional marital relationships, adults wishing to marry multiple other adults may soon find themselves celebrating their own legal victory. Until then, bigamy is still punishable under Utah state law. Anyone facing charges for bigamy or for polygamy involving cohabitants only are encouraged to speak with a criminal defense attorney.