Law enforcement officers have different measures to obtain information about a potential suspect including the use of “slap-on” GPS tracking devices attached to vehicles. Without a warrant however, this practice may constitute a violation of the suspect’s Fourth Amendment rights regarding unreasonable searches.

The “slap-on” GPS tracking devices are mechanisms that can be placed inconspicuously on the undercarriage of a vehicle allowing police the ability to track the movement and location of said vehicle. These tracking tools allow law enforcement to keep tabs on potential suspects over an extended period of time and can be used to learn the whereabouts of illegal activity.

For several years, “slap-on” GPS tracking devices were under debate, with many claiming they violated a person’s Fourth Amendment rights regarding unreasonable searches. The Fourth Amendment states “The right of the people to be secure ( . . . ) against unreasonable searches and seizures, shall not be violated, and no Warrants shall issue, but upon probable cause ( . . . ). In October of 2013, the U.S. Court of Appeals agreed that GPS tracking devices constituted a “search” and law enforcement must obtain a warrant based on probable cause before placing such devices on a vehicle. 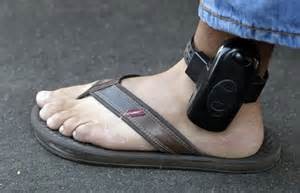 While tracking devices on vehicles were deemed unconstitutional without a warrant, the question was raised whether or not SBM monitors, commonly referred to as ankle monitors should fall under the same scrutiny (Grady v. North Carolina). Each state has their own specific uses for electronic tracking in the form of ankle monitors. Some states use these devices to forever track the whereabouts of convicted sex offenders after they have finished their sentencing. Other states such as Utah permit law enforcement to use ankle monitors on individuals placed on probation. (Utah Code 77-18-1.16)

As law enforcement’s use of electronic searches is being evaluated, it is wise to consult with a knowledgeable criminal defense attorney to ensure that your rights are not being violated by the use of tracking devices or other means of technological trespass.