A Utah mother who is a victim of domestic violence was charged with felony child abuse after authorities stated she did not protect her infant from harm.

Abuse of an infant 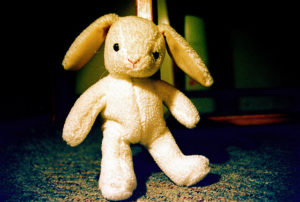 21 year old Daniel Mercer and 30 year old Whittney Huber were arrested when a Utah hospital alerted authorities after discovering signs of child abuse on the couple’s three month old baby daughter. The young infant suffered burns on her hand, broken bones, as well as bleeding on the brain. She is currently recovering at Primary Children’s Hospital in Salt Lake City. Mercer was arrested for multiple charges including drug possession, domestic violence, and felony child abuse for causing serious injuries to the infant. Huber was also arrested for felony child abuse for not protecting her daughter from Mercer.

Failure to protect a child

Although some criminal events cannot be foreseen, it is likely that Huber knew her daughter was not safe around Mercer. Prior to the infant’s serious injuries, police were dispatched to the couple’s apartment on calls of domestic violence. Although the baby showed no signs of abuse during those calls, the mother later stated that threats had been made toward the child’s safety. Disregarding officer’s instructions to keep Mercer out of the home, Huber allowed him the re-enter, and thereby permitted the abuse to continue to her as well as her baby.

Authorities indicated that in years past, Huber had been the victim of domestic violence and has already had older children removed from her care. Now the state has been awarded temporary custody of the infant daughter while the mother faces criminal charges. Utah Code 76-5-109 (2) it states “Any person who inflicts upon a child serious physical injury or, having the care or custody of such child, causes or permits another to inflict serious physical injury upon a child is guilty of an offense as follows:

Regardless of herself being a victim, Huber was responsible for the child’s safety and by not protecting the baby from abuse, Huber is being charged with permitting the child abuse to occur. 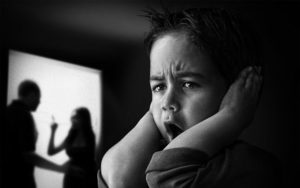 Photo by: Scary Side of Earth

Sadly many individuals are in situations of domestic violence and even more devastating are the numerous homes in which children are present to witness the abuse. Although not all domestic violence situations put the children in immediate physical harm, the emotional trauma from witnessing violent events can have long-lasting ill effects. According to Utah’s Cohabitant Abuse Procedures Act, many domestic offenses that children could be victims or witnesses to are:

• Aggravated assault;
• Assault;
• Criminal homicide;
• Harassment;
• Electronic communication harassment;
• Kidnapping;
• Mayhem;
• Sexual offenses;
• Stalking;
• Unlawful detention;
• Violation of a protective order;
• Any offense against property;
• Possession of a deadly weapon with criminal intent;
• Discharge of a firearm from a vehicle, near a highway, or in the direction of any person, building, or vehicle;
• Disorderly conduct;
• Child abuse;
• Threatening use of a dangerous weapon;
• Threatening violence;
• Tampering with a witness;
• Retaliation against a witness or victim;
• Unlawful distribution of an intimate image;
• Sexual battery;
• Voyeurism;
• Damage to or interruption of a communication device.