A Colorado man visiting Utah was tired of being single and used social media to make terrorist threats against girls. 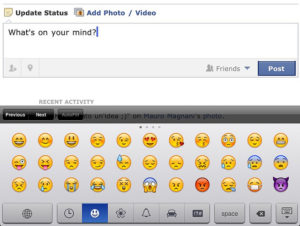 27 year old Christopher Wayne Cleary of Denver, Colorado was visiting Provo, Utah when he posted on Facebook his woes regarding his lack of a romantic life. In the midst of his personal oversharing, he also made terrorist threats against girls by threatening to cause a mass shooting and kill “as many girls as I see.” Alert members of the online community contacted Denver police who then tracked Cleary down to his location in Provo. Officers in police were able to apprehend Cleary peacefully where he was then questioned before being booked into the Utah County jail for making the terrorist threats.

Cleary is facing charges of a probation violation as well as felony charges for making terrorist threats. Utah Code 76-5-107.3 states “A person commits [terrorist threats] if the person threatens to commit any offense involving bodily injury, death, or substantial property damage, and:

• Threatens the use of a weapon of mass destruction . . . ; or
• Threatens the use of a hoax weapon of mass destruction . . . ; [both second degree felonies] or
• Acts with intent to:
o Intimidate or coerce a civilian population or to influence or affect the conduct of a government or a unit of government [a second degree felony];
o Prevent or interrupt the occupation of a building or a portion of the building, a place to which the public has access, or a facility or vehicle of public transportation operated by a common carrier [a third degree felony] ; or
o Cause an official or volunteer agency organized to deal with emergencies to take action due to the person’s conduct posing a serious and substantial risk to the general public [a class B misdemeanor].”

That section goes on to note that “A threat under this section may be express[ed] or implied.”

Law enforcement officers did not report finding any weapons on Cleary and when they found him he was merely sitting at a McDonalds, not taking actions to carry out his threat. Cleary was compliant with police and when asked, he didn’t deny making the terrorist threats. According to Cleary, he posted the threat on Facebook when he was distraught and quickly took it down following the backlash from other Facebook users. While it may be seen as awkward and even inappropriate, many social media users use their posting rights to “vent” when they are upset. Some may overshare by openly saying what is on their mind. Others might participate in “Vague-booking” or posting vague comments to get the attention of someone specific or anyone who will ask follow-up questions. However they go about it, often these “venting” posts are taking down once the person has calmed down and realized they have probably posted a little bit too much personal information for every single one of the Facebook friends to see.

While the awkward venting posts may not result in much more than embarrassment, using the social media resource to threaten harm on a single individual or a group of people can quickly lead to criminal charges even if the person never had any intention of carrying out their threat. Utah Code 76-5-107.3 defined above warns that “it is not a defense . . . that the person did not attempt to carry out or was incapable of carrying out the threat.” Anyone using their accounts for venting are warned to always keep their posts within legal boundaries. Those facing criminal charges for comments or posts they made to any social media accounts including terrorist threats are encouraged to immediately seek legal counsel from a reputable attorney.