Many Utah residents love their fur babies as if they were part of their family and are horrified when crimes against pets such as animal cruelty occur.

Torture of a companion animal 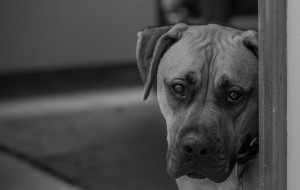 A Provo, Utah man was recently convicted of torture of a companion animal after he sought out, purchased, tortured, and killed nearly a dozen kittens. 26 year old Gene Bairschmidt appeared unmoved following his sentencing of third degree animal cruelty; a charge punishable by up to five years in prison. Bairschmidt’s lack of emotion as well as his intentional torture of a companion animal was disturbing and likely indicated he was suffering from one or more psychiatric disorders.

Another Utah resident was charged with animal cruelty recently after she haphazardly scattered a dangerous poison around her unfenced property, resulting in the death of a neighbor’s puppy. 68 year old Nina Bennett of Summit Park was not intentionally out to hurt the young dog, but was irresponsible in her application of strychnine poisoning used for pest control. The owner of the puppy pressed charges and Bennett was charged with aggravated animal cruelty, a class B misdemeanor. She was sentenced up to six months in jail.

Another saddening form of animal cruelty is animal fighting. Animal fighting is when two or more animals are encouraged or trained to fight one another for entertainment or gambling purposes. Although other animals can also be bred and used for fighting purposes, dogs and roosters (cocks) are the most popular in the ring. Game dogs or cocks are usually kept in deplorable circumstances with frequent abuse, resulting in them being aggressive and ready for battle. Best Friends Animal Sanctuary in Kanab, Utah cares for several animals that are rescued from inhumane circumstance such as dog fighting rings. Many of the animals rescued from fighting rings have withstood such extensive abuse that they are unable to be adopted and will permanently reside at Best Friends Animal Sanctuary. 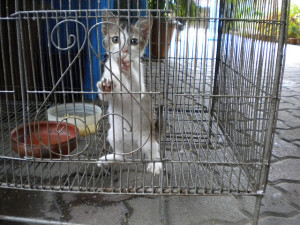 While torture of a companion animal, poisoning of pets and wildlife, as well as animal fighting may be obvious forms of animal cruelty, there are other actions and behavior that can result in similar charges. Utah Code 76-9-301 lists the other various conducts which can result in animal cruelty charges such:

• Lack of adequate shelter or protection against “extreme weather conditions”. A simple dog house in below freezing temperatures is cruel and may result in criminal charges. Local animal control officers can instruct Utah residents on how to give their animals proper shelter if the pets are unable to be housed indoors.

• Animal abandonment. If an animal is no longer wanted or if the owners are unable to keep their pet, there are several rescue groups throughout Utah willing to take them in. Dropping a pet off on the side of the road and driving away is not the way to relinquish parental pet rights and can result in animal cruelty charges.

• Failure to provide necessary food and water. If an animal is in a person’s custody, which Utah Code defines to mean “ownership, possession, or control over an animal”, that person is responsible for providing “appropriate and essential food and water”. Forgetting, being busy, or being unable to feed an animal due to financial difficulties are not valid excuses for not feeding a pet. Failure to provide food and water as well as animal abandonment , lack of shelter, animal fighting, and inflicting injuries can result in a class B misdemeanor or class C misdemeanor, depending on whether or not the abuse was intentional or just reckless.

• Killing an animal “without having a legal privilege to do so”. Slaying an animal for reasons such as trespassing or annoyance is not permitted unless the resident feels that they, their family, or their pet’s life is in immediate danger. Aggressive or nuisance animals should simply be reported to animal control to handle. Killing an animal is considered aggravated animal cruelty, the same as torture and poisoning. Aggravated animal cruelty penalties range from a class C misdemeanor to a class A misdemeanor, depending on intention and negligence.

All animals, whether domesticated or wild are protected in Utah under various rulings such as animal cruelty laws, animal husbandry laws, and even hunting and fishing regulations. For anyone facing charges for animal cruelty or other crimes against pets and other wildlife, consult with a criminal defense attorney.