There are several species of protected animals that can be found in Utah and  killing any can result in state or federal charges. 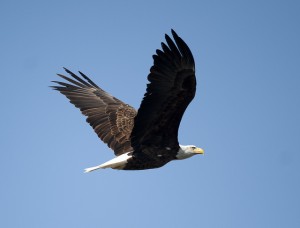 All creatures, whether wild or domesticated, are protected from torture or other non-humane acts under Utah Code 76-9-301 which defines specific crimes related to animal cruelty. This law ensures that no animal suffers unwarranted pain and suffering and that domesticated animals are properly cared for and supplied with the necessities of life they require. Domesticated animals can include companion pets such dogs and cats and also farmed animals like swine and cattle. Cattle and other livestock are protected under this law yet can be bred and raised for the sole purpose of killing them for meat and other products destined for human consumption and use. 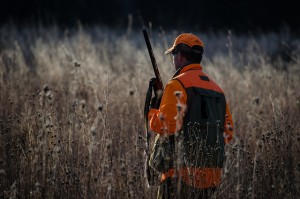 Livestock are not the only animals with targets on them. Although Utah Code 23-13-3 declared that “all wildlife existing within this state, not held by private ownership and legally acquired, is the property of the state”, hunting is permitted as long as appropriate licensing and permits are acquired. There are numerous types of wild animals in Utah that can be hunted for sport such as rabbits, squirrel, duck, and fish. These are legal to hunt as long as the shooter has a current hunting and/or fishing license. Other wild animals including deer, elk, turkey, and cougar require additional permits and are only able to be killed during set seasons. In addition to taking home a stuffed trophy or game meat, killing of some animals brings a cash reward. This is the case in Utah for coyotes that have caused extensive damage to livestock and the mule deer population. According to Utah Division of Wildlife Resources, “The DWR predator-control program provides incentives for hunters to remove coyotes. Participants receive $50 for each properly documented coyote that they kill in Utah.”

Not all wild animals are permitted to be hunted. Any animals listed as endangered or threatened are protected by either state or federal laws. The Endangered Species Act was passed in the early 70’s to protect species which are threatened with extinction and their habitats in which they dwell. The U.S. Fish and Wildlife Service stated in a list reported in early 2015 that there are nearly twenty endangered or threatened animals commonly found in Utah including: the Utah prairie dog, the desert tortoise, the gray wolf, and bald or golden eagles. They warn that it is illegal “to harass, harm, pursue, hunt, shoot, wound, kill, trap, capture, or collect or attempt to engage in any such conduct” with any animal listed on the ESA. Those found guilty of intentional killing or “taking” any protected animals will be fined up to $50,000 and/or a year imprisoned. 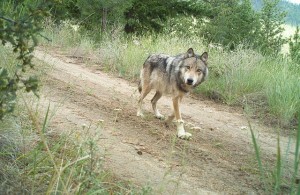 Although purposely or negligently killing protected animals is likely to be followed by charges, anyone who unintentionally kills or injures an endangered animal may not face criminal penalties. Two different instances have occurred in Utah since late 2014 that resulted in the deaths of protected gray wolves. Both happened at the hands of hunters; One by accidental shooting while mistaking the wolf for a coyote and the other when the animal became trapped in a cougar snare. Both hunters were found not guilty as it was not their intention to harm the protected animals and they reported it immediately to authorities.

Report from a distance

If a protected animal has been killed unintentionally or found deceased it is important to stay clear from the carcass in case poisons were used or if a disease is present. Additionally it is imperative to never remove any part of the animal’s remains as that alone can bring criminal charges. Anyone in possession of protected animal remains such a bald eagle feather will be charged extensively by state or federal laws. For more information on state or federal laws regarding wildlife or to report the death of a protected animal notify the U.S. Fish and Wildlife Service. For legal counsel regarding charges contact a criminal defense attorney.