The estranged ex of a Kearns, Utah resident was arrested for vehicle arson after going to her ex-boyfriend’s house and lighting two vehicles on fire. 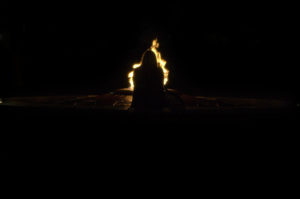 The residents of a Kearns household awakened Thursday to find two of their vehicles and part of the garage on fire. An accelerant, most likely gasoline, had been poured onto a vehicle in the driveway and another on the street before being lit on fire. Both vehicles suffered several thousand dollars in damage and the garage near one vehicle suffered severe damage as well. Multiple neighbors turned in camera footage where a female was seen committing the vehicle arson before getting into her own car and taking off.

The one that got away

The camera footage collected from neighbors showed 27 year old Jessica Halee Wright, the ex-girlfriend to one of the residents of the home, as the sole suspect in the vehicle arson case. No reasoning was given as to why she set the cars on fire. Since both vehicles were not occupied at the time of the torching, she more than likely didn’t mean to cause any physical harm to anyone. She possibly started the fires out of anger toward her ex or his family who also occupied the home. It isn’t know how long ago the relationship with Wright and the resident ended, but one can assume they were not on good terms. 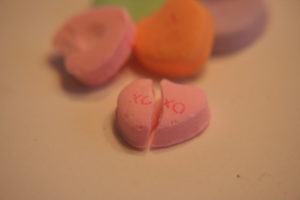 Wright was booked into the Salt Lake County Jail for arson. The charges for arson depend on the monetary value of the item burned and whether or not the property was a residence or an occupied vehicle or outbuilding. Since no one was inside the vehicles when Wright lit them on fire, and she will be facing arson and not aggravated arson charges. According to Utah Code 76-6-102, “A person is guilty of arson if . . . the person by means of fire or explosives unlawfully and intentionally damages . . . the property of another.” Since the damage to the vehicles and garage were greater than $5,000, Wright is facing second degree charges for vehicle arson.

Counselor before an attorney

Anyone facing a nasty breakup is encouraged to seek counseling to work through anger or betrayal issues before letting their issues turn into hostility and criminal activity. Those already facing trouble for their erroneous way of handling a soured relationship should seek legal counsel from a trusted attorney.

Authorities are searching for information on the persons responsible for causing the wildfires that are tearing through Utah presently, but will those responsibility end up facing reckless burning or arson charges? What is the difference? 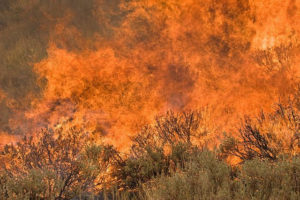 The skies of southern and northeastern Utah are full of smoke as wildfires burn through nearly 6,000 acres of land. The Mackshaft fire that is 25% contained and has already consumed 2,453 acres of land is located southeast of Vernal near the city of Bonanza. The cause of that fire is still under investigation according to Utahfireinfo.gov. The Brian Head Fire located in very close proximity to the resort town of Brian Head, Utah east of Cedar City has been determined to be human caused. That fire has burned 2,761 acres of land so far and is being further fueled by hot, dry winds. The Brian Head Fire is currently at only 15% containment.

With wildfire season upon us, strict rules are in place regarding when and where fires are permitted. Wildfires are more common during the hot, dry months of summer and by limiting the number of human caused fires during this time, fire officials can focus their energy and resources on naturally caused fires instead. When a human caused fire does occur, those individuals responsible may be expected to reimburse the state for the costs associated with controlling and extinguishing the fire. Additionally, they may face criminal charges for either reckless burning or arson. This depends on many factors including whether or not the fire was accidental or intentional and the cost of the total damage. 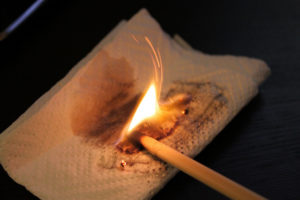 Utah Code 76-6-104 discusses reckless burning and the penalties associated with charges. It states:

Arson charges are much more severe than reckless burning as it involves intent or criminal activity leading up to the event. Arson charges usually arise when someone sets fire to the property of another such as a home or vehicle, however wildfires that are started intentionally have the potential to cause structural damage as well. According to Utah Code 76-6-102:
“(1) A person is guilty of arson if, under circumstances not amounting to aggravated arson, the
person by means of fire or explosives unlawfully and intentionally damages:
(a) any property with intention of defrauding an insurer; or
(b) the property of another.
Depending on value of the damage and whether or not injuries occurred as a result of the violation, charges for arson can range from a class B misdemeanor to a second degree felony.

A Utah man is facing charges for first degree aggravated arson as well as attempted murder for setting his own apartment on fire. 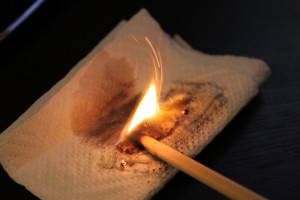 Kyle Stinson of West Valley City started a fire in his apartment earlier this month in what was found to be a disturbed and irrational attempt to protect himself from a neighbor. Police determined that Stinson’s neighbor posed no threat whatsoever. Stinson however was found to be the one causing danger as he started a fire in an occupied building and also tried to tie the door of his neighbor shut so they could not escape the apartment complex. Stinson faces charges of first degree aggravated arson and attempted murder.

Even though the only part of the building damaged was Stinson’s own apartment, Utah Code 76-6-103 states “A person is guilty of aggravated arson if by means of fire or explosives he intentionally and unlawfully damages:

a) A habitable structure; or

Additionally, since he tried to tie his neighbor’s door closed after he set his apartment on fire, he is also facing attempted murder. Both charges that Stinson is facing are first degree felonies, each with possible prison terms of five years to life in prison and fines of up to $10,000. 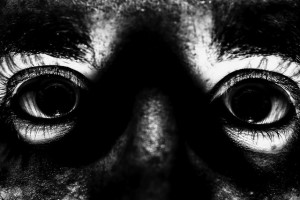 Since police were not able to find any justification to Stinson’s fears of being harmed by his neighbor, Stinson’s mental health should be questioned. Paranoia to the degree that Stinson’s was suffering from could be caused from drug use, but may have also resulted from an unchecked mental illness. Unfortunately, instead of seeking help for his apparent neurotic disorder or even requesting aid from law enforcement when he thought he was in danger, Stinson took matters into his own hands and now could spend the rest of his life in jail. For those who are facing charges such as first degree aggravated arson or other serious felonies and feel that they were not in their right state of mind during the offense, it is recommended to speak with a qualified criminal defense attorney.