A Salt Lake City man has been arrested after police discovered he had been viewing as well as drawing pictures of child pornography.

48 year old Jesus Gabriel Nielson was investigated by the ICAC task force after he was discovered downloading sexually explicit images of children. A search warrant on Nielson’s home and electronics was issued where thousands of images and videos of young children being sexually abused were located. Neilson admitted to having a problem viewing the content for several years, but claimed to have never harmed a child in person. 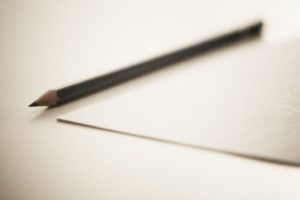 When investigators were searching Nielson’s home and collecting the illegal content, they found several books containing hand-drawn sexually explicit images of children. Apparently, Nielson drew the pictures as a way to curb his cravings for the illegal content. Investigators states that the images were quite detailed in their portrayal of child sexual abuse. Nielson was booked into Salt Lake County Jail on 10 counts of second degree sexual exploitation of a minor.

Sexual exploitation of a minor is a second degree felony unless the person is responsible for producing the illegal content themselves; in that case the charge would be increased to a first degree felony. Nielson is facing ten second degree felonies, which typically means there is one charge for each minor depicted in the illegal content.  Each charge of sexual exploitation of a minor comes with a possible prison sentence of one to 15 years in prison and a fine of up to $10,000. Anyone caught viewing or downloading child pornography, regardless of the evidence against them should consult with an attorney as they prepare for their time in court.

A Utah foster parent is facing multiple charges after one of the children in his care discovered a camera hidden in the bathroom.

According to Utah Foster Care, there have been “13,129 foster families trained since 1999” in the state of Utah although many of those are no longer actively caring for children. Many of these families are comprised of caring individuals and couples who want to help give children of struggling parents a safe and stable home until they can be adopted or preferably reunited with their families. Although those who are trained to be foster parents have been carefully scrutinized to ensure they meet the requirements needed to provide a safe environment, sometimes those who should not be caring for children manage to slip through the cracks. 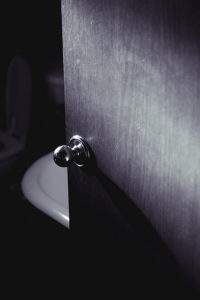 One of these individuals was arrested in Pleasant Grove, Utah on Saturday after a child in his care found a hidden camera in the bathroom. When the 15 year old juvenile male went into the bathroom to shower, he discovered a small camera hidden inside a candle present in the bathroom. The teen quickly contacted his sister who as a young adult, was no longer living at that foster home. The sister immediately alerted police who arrested 57 year old John Kimble with multiple charges including voyeurism, sexual exploitation of a minor, possession of child pornography, and child abuse related to reproachable behavior with the younger sibling. Due to his special position of trust as a foster parent, Kimble is being held without bail.

While this may have been one terrible case of a foster family unqualified to care for children, many of the foster families that are active in Utah are loving people with stable homes to support those children brought into their homes. For more information on becoming one of these safe families for Utah children, contact Utah Foster Care. For legal help related to any criminal charges brought against foster parents, contact a reputable attorney.

Federal charges have been filed for a Kaysville, Utah man found to be in possession of a vast amount of child pornography. 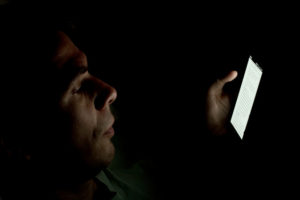 38 year old Daniel Walter Warner was arrested On October 25th after authorities tracked several child pornography files to a computer at Warner’s Kaysville, Utah home. Law enforcement served a warrant on Warner’s home and electronics and discovered 100 gigabytes of pornography depicting pornography involving children and infants. Warner, who is the father of four children and has volunteered in Utah’s foster care program, is facing federal charges of possession and distribution of child pornography.

The Unites States Department of Justice states: “Images of child pornography are not protected under the First Amendment rights, and are illegal contraband under federal law. Section 2256 of Title 18, Unites States Code, defines child pornography as any visual depiction of sexually explicit conduct involving a minor (someone under 18 years of age). “That section goes on to explain that “[n]otably, the legal definition of sexually explicit conduct does not require that an image depict a child engaging in sexual activity. A picture of a naked child may constitute illegal child pornography if it is sufficiently sexually suggestive.”

While each state has their own laws and punishments regarding child pornography, sometimes a person possessing child pornography will face federal charges. According to The Department of Justice,“{besides images that cross or are sent across state or international borders]. . . federal jurisdiction almost always applies when the Internet is used to commit a child pornography violation. Even if the child pornography image itself did not travel across state or international borders, federal law may be implicated if the materials, such as the computer [laptop, tablet, or phone] used to download the image . . . [or]store the image, originated or previously traveled in interstate or foreign commerce.”

With the technological advances of smart phones and tablets having the browsing and downloading capabilities of computers, it is likely many child pornography cases of could end up in federal court. For more information on state or federal charges, contact an experienced criminal defense attorney.