As many Utahn’s head to the hills during the next couple weeks for to enjoy hunting season it is important for them to obtain consent if planning on leaving any animal remains on someone else’s land. 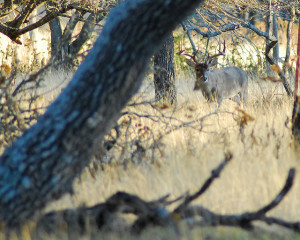 Fall break or fall recess commences this week in Washington County, Utah with other counties throughout the state following suit in the next couple of weeks. Some Utah residents choose this time of cooler temperatures to enjoy the outdoors hiking and while others save this vacation strictly for hunting season. For many Utah families, hunting during fall break is a long-held tradition.

There is an abundance of public area such as designated BLM land that is open for licensed hunters during the season, yet some would rather go on less popular, privately owned property. The Utah Division of Wildlife Resources has worked out paid agreements with some landowners to allow the public to hunt on their land. According to DWR, “Walk-In-Access (WIA) area is a tract of private land on which the Division of Wildlife Resources has leased hunting, trapping or fishing privileges for public recreation.” 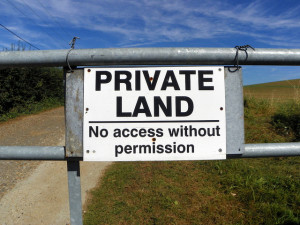 Photo by: Peter O’Connor aka anemoneprojectors

Failure to obtain consent from the landowner before leaving animal remains on their property is a violation of Utah Code 4-3-103 and can result in an infraction. For more information and laws regarding hunting in Utah, contact the Utah Division of Wildlife Resources. For legal assistance regarding criminal charges contact a defense attorney.