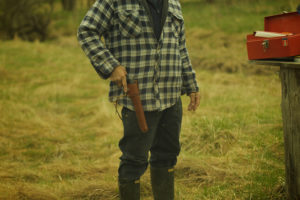 A resident in the small town of Leeds, Utah which is located 16 miles north of St. George heard a large noise on his property and went to investigate. The resident discovered two men had crashed into his fence while fleeing from police. The Leeds homeowner who was armed with a personal firearm threatened use of deadly force to keep the men detained by gunpoint until a law enforcement officer was able to take them under arrest.

Helpful, but was it justified?

The homeowner was likely alarmed by the pair of men crashing into his fence, however was he justified brandishing a firearm to keep the men from fleeing again? Fortunately for all parties involved, the pair fleeing police did not attempt to continue running or threaten the homeowner in any way. Authorities arrived shortly after and the two were booked into Purgatory Correctional Facility on a variety of misdemeanor and felony charges. Had the men tried to leave however, would the homeowner have been justified to use deadly force? Is leaving the scene a reason to defend oneself?

Threatening force in defense of person

Utah Code 76-2-402 states: “A person is justified in threatening or using force against another when and to the extent that the person reasonably believes that force or a threat of force is necessary to defend the person or a third person against another person’s imminent use of unlawful force.” Someone crashing into a fence may be startling at first, however unless more aggressive actions were taken, it likely would not necessitate threatening use of using deadly force against the other party for them merely attempting leaving the scene. Luckily in this case, deadly force was not used and the home owner was seen as an outstanding citizen for remaining calm while helping police.

Utah residents are encouraged to study Utah laws regarding firearms, so they will know for certain:

Anyone facing charges for improper use of a firearm should seek legal counsel. 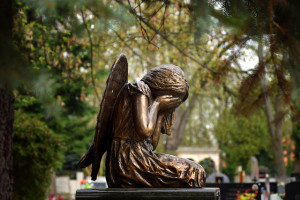 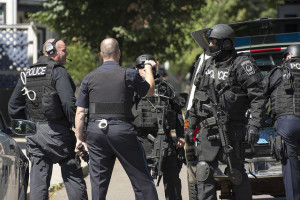 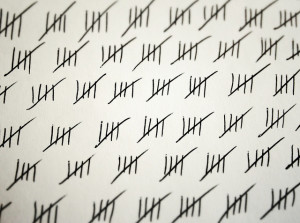 The majority of states have laws in place that protect residents and homeowners if they ever need to use deadly force while defending their self or home. Since the laws differ from state to state, it is important for individuals to understand exactly what their rights are in their state if they feel threatened by another person. 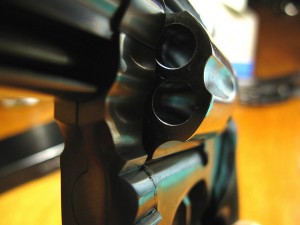 Many states including Utah have a law in place that allows a person to use deadly force to defend themselves against an attacker as long as they are someplace where they are legally allowed to be and not voluntarily in a relationship with the attacker. This is called a Stand Your Ground law. According to Utah Code 76-2-402, “A person is justified in using force intended or likely to cause death or serious bodily injury only if the person reasonably believes that force is necessary to prevent death or serious bodily injury to the person or a third person as a result of another person’s imminent use of unlawful force, or to prevent the commission of a forcible felony.” 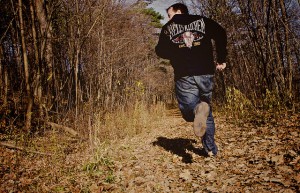 Other states that do not have Stand Your Ground laws may have a contrary rule called Duty to Retreat. While Utah doesn’t have Duty to Retreat laws presently, there is discussion about it in the future. Duty to Retreat laws require that individuals make an effort to leave a situation in which they feel in danger or threatened. If a person tries to retreat but is unable to get away successfully, then they are justified in using deadly force to keep themselves from being harmed. If the threatened individual makes it inside their own home, the laws again differ depending on what state they are in. Some states argue that a home is a “safe zone” and therefore once inside, the threatened individual cannot use deadly force to protect themselves. This is not the case in Utah, as they have laws to justify homeowners who use deadly force if they are threatened when at home. 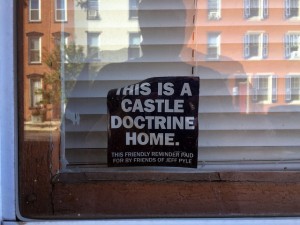 Castle laws, otherwise known as Castle Doctrine are laws that allow homeowners to protect their self and home from threatening individuals who are attempting to break into their residence. Utah has a version of castle doctrine in place called “force in defense of habitation”. There are stipulations about how and when this would apply however. Utah Code 76-2-405 states that a resident is justified in using deadly force when:
“He reasonably believes that the force is necessary to prevent or terminate the other’s unlawful entry into or attack upon his habitation; however, he is justified in the use of force which is intended or likely to cause death or serious bodily injury only if:

(a) the entry is made or attempted in a violent and tumultuous manner, surreptitiously, or by stealth, and he reasonably believes that the entry is attempted or made for the purpose of assaulting or offering personal violence to any person, dwelling, or being in the habitation and he reasonably believes that the force is necessary to prevent the assault or offer of personal violence; or

(b) He reasonably believes that the entry is made or attempted for the purpose of committing a felony in the habitation and that the force is necessary to prevent the commission of the felony.

(2) The person using force or deadly force in defense of habitation is presumed for the purpose of both civil and criminal cases to have acted reasonably and had a reasonable fear of imminent peril of death or serious bodily injury if the entry or attempted entry is unlawful and is made or attempted by use of force, or in a violent and tumultuous manner, or surreptitiously or by stealth, or for the purpose of committing a felony.”

Utah’s Castle Doctrine also applies to any building or structure that is attached to the property where someone may be inside such as a garage or a shed. Deadly force is not justified during the theft of personal property unless someone is inside that property and feels threatened such as a carjacking of a vehicle that is occupied.

Be informed about defense rights 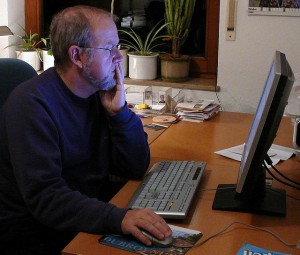 It is important to study and be informed about rights regarding defending self or home. Therefore if the time ever came that an individual felt the need to use deadly force, they would feel confident in defending their actions. For those who are up-to-date about laws regarding when it’s acceptable to legally defend self or home, a criminal defense attorney would still be a wise addition to any criminal proceeding regarding justified use of deadly force.