Illegal immigrants who are victims of crime may be eligible for a temporary U Visa in order to help police make an arrest. 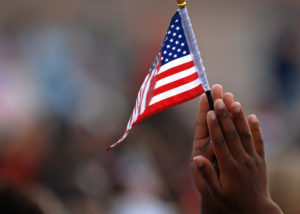 Many victims of crimes who are in the country illegally are afraid to come forward during an investigation for fear of being deported. The U Visa is a temporary visa, good for up to four years that is reserved to protect victims of crimes by ensuring the victims will not face deportation if they are able to help law enforcement investigate and prosecute their aggressors.

According to the Department of Homeland Security, a person may be eligible for a U visa, otherwise known as U nonimmigrant visa, if they:

Also listed by the Department of Homeland Security, U.S. Citizenship and Immigration Services are the ‘qualifying criminal activities” which are:

Abuse of a well-intended program

While the U visa was created originally to help those who were victims of sex trafficking through the Victims of Trafficking and Violence Protection Act of 2000, it is swelled into a free-for-all for any illegal immigrant willing to prosecute another person who has wronged them in order to be granted temporary citizenship. Otherwise minor offenses such as stalking, blackmail, and witness tampering are now qualifying criminal activities that can secure a victim a temporary citizenship. Those who are victims of more heinous crimes such as female genital mutilation, rape, and sex trafficking now have to fight for one of the 10,000 U visas granted annually.

Another concern over the U Visa program is the lack of a deadline between when a crime is committed and when a petition for a U visa is accepted. Victims of qualifying criminal activities can apply for a U Visa immediately after the crime or even over a decade later which was the case for Javier Flores Garcia of Philadelphia. Garcia and his brother were attacked by two other illegal immigrants, with Garcia and his brother suffering several stab wounds. The incident took place in 2004 yet Garcia did not apply for a U Visa and offer to help prosecute his assailants until 2016. Twelve years had passed, and Garcia only agreed to help police make a case against the two men when he himself was suddenly facing deportation.

Unfair tool to obtain a conviction

Although the U Visa has its place to help victims of crimes suffering from physical and mental abuse, many feel it is being overused and/or abused. Until the U Visa program is reexamined and revised to only help those who truly need it, its use in obtaining a conviction or rising a case from the dead should be strictly limited.