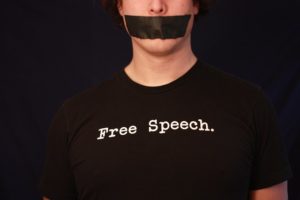 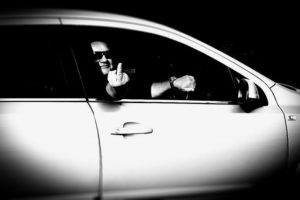 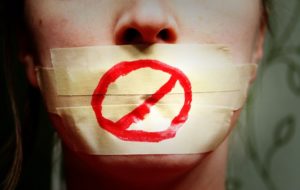 A Utah man was arrested in St. George last week for disorderly conduct after attempting to lure some tweens by offering them candy. 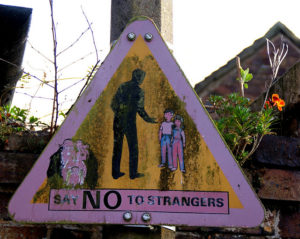 Last week a southern Utah mom made a Facebook plea to residents to be on the lookout for a guy who behaved in a creepy manner toward her daughter and a few of her friends. According to the mom’s post, the man approached the tweens as they were walking and offered them candy to which they declined. He then invited them to join him at a party which was also countered with a “no”. It was then that a mother of one of the girls pulled up and asked the individual to leave the girls alone.

Up to this point, all the individual had done was offer the girls candy and an invite to a party. Although this is creepy and inappropriate behavior, nothing about it was against the law. When the mom got involved, the man became notably irritated. He then proceeded to yell at her, violently strike her vehicle hood with his fist before throwing a bag of candy into her car and taking off. It was at this point that his behavior transition from creepy to criminal.

Police were able to locate and apprehend 41 year old Jeffrey Lambert who was booked into Purgatory Correctional Facility on a variety of charges including disorderly conduct. Utah Code 76-9-102 states: “A person is guilty of disorderly conduct if . . . intending to cause public inconvenience, annoyance, or alarm, or recklessly creating a risk thereof, the person:

Disorderly conduct is a class C misdemeanor if the offense continues after a request by a person to desist. Otherwise it is an infraction.”

While the behavior of Lambert toward the tweens was questionable, the community had already identified him publicly prior to his arrest. Not only did the community jump in the find the suspect, they also made public assumptions that proved to be not entirely correct. While Lambert did offer the girls candy, he did not lace it with drugs as many presumed. Additionally, speculations had arisen as to what his intentions were. While many can guess, only those investigating the case will know for sure. The community is encouraged to not publicly burn someone at the stake but instead let the individual face their charges in a court of law. Anyone who does otherwise and publicly slanders a suspect could face their own charges of criminal defamation. For more information on criminal charges and defamation that could arise prior to or during a case, contact a criminal defense attorney.

Clowns can either be frightening or humorous but most everyone agrees there is nothing funny about them when violent threats toward schools are made. As disturbing as it may be, are any laws actually being broken? 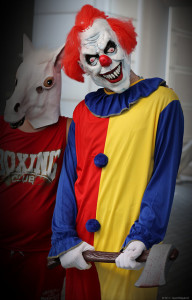 Being afraid of clowns is a very common fear, with numerous kids and adults sharing a mutual apprehension about the wigged entertainers with painted faces and tricks up their sleeves. The term for this phobia is Coulrophobia, meaning an abnormal fear of clowns. Several horror-based books and movies play on this phobia as well as many haunted houses which just so happen to be increasing in popularity this time of year. Although many people poke fun or crack jokes regarding this fear of clowns, it stops being comical for everyone when the public actually fears for their safety.

In August, there were reports of a clown who was trying to lure children into a wooded area near an apartment complex in Greenville, South Carolina. Following this incident, other disturbing clown sightings started popping up around the nation, including here in Utah in cities from Ogden down to St. George. Most instances are nothing more than clowns in abnormal locations or settings who stare at people creepily, making bystanders nervous. Other instances however have taken it too far by making violent threats directed toward Utah schools.

So far none of the violent threats to schools have turned into any dangerous situations. Regardless however, schools and law enforcement have to follow certain protocols in the event of violent threats toward the kids at school. Part of this protocol involves putting the threatened schools on lock down. This causes undue stress for the teachers, students, and parents. It can also end in criminal charges for those clowns involved. 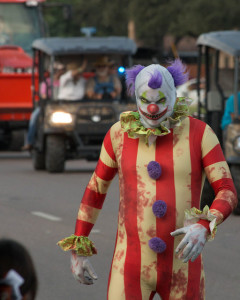 While many clown acts can appear so corny a person might wish they were outlawed, there is nothing wrong or illegal with dressing like a circus performer. Seeing a random clown on the street may seem bizarre if it is not yet Halloween or the person isn’t headed to a child’s birthday party, but there isn’t anything illegal about the person simply dressing “differently”. As long as the person isn’t breaking any laws, they are free to dress in whatever clothes they desire with their face painted as colorful as they wish. If a clown decides to chase children or make violent threats towards a school, that is a different story. Those actions will result in criminal charges such as:

• Disorderly conduct. A person dressed up as a clown is allowed to stand or walk along a street just as any other resident is but if they chase after kids they can be arrested for disorderly conduct, a class C misdemeanor. In this regards, disorderly conduct is defined by Utah Code 76-9-102 as “intending to cause public inconvenience, annoyance, or alarm, ( . . . ) the person: engages in ( . . . ) threatening behavior.” Kids or adults with or without a clown phobia would most likely feel threatened if they were randomly chased by a scary clown.

• Stalking. If a clown chooses to target a person by repeatedly either following them, showing up at their home or work, or otherwise as Utah Code 76-5-106.5 states: “intentionally or knowingly engag[ing] in a course of conduct directed a specific person and knows or should know that the course of conduct would cause a reasonable person: to fear for the person’s own safety ( . . . ) or to suffer other emotional duress”, they can be arrested for stalking, a class A misdemeanor.

• Making violent threats. One of the most disturbing things being done by these creepy clowns is the numerous violent threats towards schools across the country. Many of these threats to schools are being made anonymously through social media which thanks to the internet is quickly spreads to students, teachers, and parents, causing widespread panic as well as using up valuable law enforcement resources. Utah Code 76-5-107 warns that if a person “commits a threat of violence [by] the person threaten[ing] to commit any offense involving bodily injury, death, or substantial property damage, ( . . . ), it is a class B misdemeanor” whether or not the threat was expressed or implied. If that person or clown makes a threat of using a weapon of mass destruction, that can be seen as a terrorist threat.

Dangerous for all involved 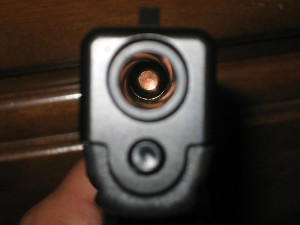 While some may see these clown pranks as amusing, it is causing residents to fear for their safety while possibly increasing the danger for those dressed as clowns. The public has already expressed a desire to use force against any clown that makes them feel threatened. With a large majority of the Utah population having concealed carry permits, this may prove a danger for all clowns on Utah streets. The clown pranksters are encouraged for their own safety to refrain from further threatening behavior or plan on seeking legal counsel if caught.