When someone is arrested in Utah, they may attempt sneaking drugs into jail with them which could end in serious criminal charges.

Reasons for hiding drugs on a person 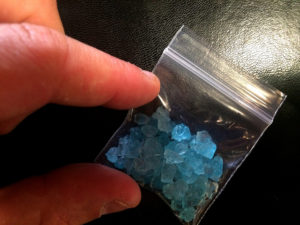 There are multiple reasons why someone would decide to bring drugs with them upon an arrest. The offender may be an addict who is afraid or feels incapable of going any amount of time without a fix. Another reason is when an arrestee wants to limit the amount of criminal charges by not offering up evidence that could be used against them in court. When this occurs and someone is in possession of illegal drugs in the presence of a police officer, they may attempt to ditch the evidence or even hide it on their person to avoid it being found by law enforcement.

Failure or success at concealment of drugs

If someone is found to be attempting to conceal, destroy or otherwise get rid of drug evidence during an arrest, they could face obstruction of justice, which would then accompany the possession charge. If police to not discover the drugs and the offender is transported to the county jail still in possession of illegal contraband, once discovered they may face charges greater than if the drugs were found prior to transport. 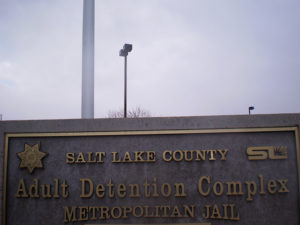 One degree higher than possession charge

Utah law does not permit offenders or visitors to bring illegal contraband anywhere inside or on the property of any jail, prison, or other correctional facility in Utah. Utah Code 58-37-8 states if a person is found to be “for the purpose of facilitating, arranging, or causing the transport, delivery, or distribution of [an illegal] substance . . . to an inmate or on the ground of any correctional facility . . . [they are] guilty of one degree more than the maximum penalty prescribed for that offense.” Whether hiding drugs to use while at jail or hiding them to keep criminal charges down, sneaking drugs into jail is never worth it. For more information on these charges or those leading to an arrest, contact a criminal defense attorney.