Inmates who are incarcerated in Utah may be eligible for early release to attend the funeral of a family member if certain criteria are met. 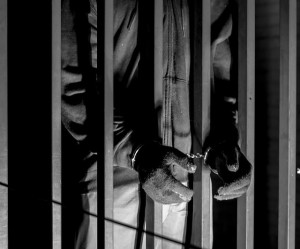 Utah inmates, especially those incarcerated several hours away from home often feel cut off with their only communication being in the form of phone calls, edited mail, and the occasional supervised visits (if their family is able to travel). When the death of a family member occurs, inmates may feel at a loss as to how they can be there to console and grieve with their loved ones.

Death of a family member

While most inmates remain incarcerated throughout their entire sentence unless out early on parole, the death of a family member could open a temporary window for an inmate to be eligible for early release. There are certain criteria that must be met in order for the inmate to be released to attend a family funeral however.

According to the State of Utah Board of Pardons and Parole, “The board will not consider inmate requests for early prison release to attend the funeral of a family member unless all of the following conditions are present: 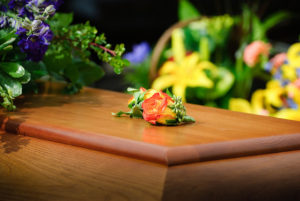 • The inmate is within 120 days of his/her parole or termination date.
• The current incarceration is for a non-violent offense (or offenses).
• The institution does not consider the inmate a disciplinary problem.
• The funeral is for an immediate family member, which may include:
– Parent
– Step-parent
– Spouse
– Child
– Sibling
– Grandparent
– Grandchild
• The inmate or someone on his/her behalf, provides proof of the family member’s death/funeral.
• All phone calls/inquiries related to early release for funeral attendance shall be routed to the H.O.O.D. [hearing officer of the day] who shall review the circumstances and route the matter to the Board after determining that the above-referenced conditions are met. ( . . . ).”

Family members who believe their incarcerated loved one may be eligible for release to attend a funeral are encouraged to check the required conditions and contact the AP&P immediately.

When a defendant spends time in a Utah jail prior to conviction, they will want to avoid this duration becoming dead time and ensure they receive credit for time served. 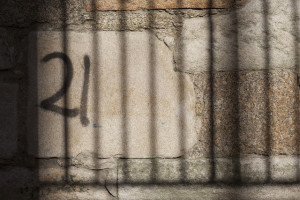 Sometimes the time between being arrested and being convicted can drag on, leaving the defendant waiting in jail for their time in court. Sometimes this is due to the defendant either not being allowed out on bail or being unable to afford it. Although the state has to file charges within a determined amount of time, things may take longer especially if the case goes to trial. Additionally, if the right to a speedy trial has been waived, this can add more time to the wait.

Whatever the reason is for having an extended wait time in jail before sentencing, that time spent behind bars should count for something. Credit for time served is time that is taken off of a sentence because of time spent in jail prior to the hearing. For instance, if someone spends three months in jail prior to their hearing and is then sentenced to a year in jail, they can receive the three month credit for time served, reducing their jail time down to nine months from that point.

Make sure it counts 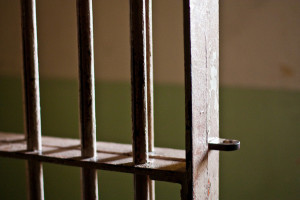 If a defendant finds themselves spending time in jail while awaiting a sentencing hearing, they need to confirm that their attorney requests the judge to issue credit for time served. While this should be a given, occasionally this topic can be missed, especially by an overworked court appointed public defender or by a Utah judge who may simply overlook signing off on it. A qualified criminal defense attorney will ensure that credit for time served is received and that no time behind bars is wasted.

An end may be in sight for the United States’ issue with mass incarceration of drug trafficking offenders as thousands of federal inmates were released over the weekend. 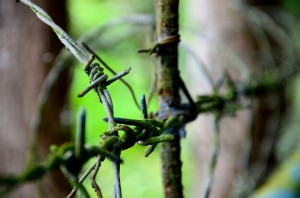 More than 2 million behind bars

Currently the United States averages over 2 million inmates housed in both jails and prisons around the nation, the largest amount of inmates than any other country in the world. While several offenders are imprisoned for violent crimes or repeat offenses, there is a large amount of inmates who are serving time for drug offenses. According to the Special Report issued last month by the U.S. Department of Justice: Since 1994 nearly 182,000 new offenders have been sentenced to Federal prisons. Out of those, 52% were drug trafficking offenders. More than half of the nation’s federal prison inmates are sitting behind bars for nothing more than drugs.

The war on drugs was officially declared in the early 1970’s, although it didn’t pick up speed until well into the 80’s when the Drug Enforcement Administration was founded. With the cracking down on drugs and the harsh penalties that followed, the amount of people incarcerated for drug crimes since then has skyrocketed. Not only are more individuals facing jail or prison time for drugs; the penalties for possession, distribution, and drug trafficking offenders are extreme. For example, the DEA states that penalties for drug trafficking offenders who have a quantity of more than 500 grams but less than 5 kilograms of cocaine will face “not less than 5 years and not more than 40 years.” Those convicted a second time, or those arrested with more than 5 kilos are facing “not less than 10 years and not more than life.” Anywhere from 5 years to life for drug trafficking offenders is outrageous and something is finally being done about it, even if there are other incentives for releasing inmates early.

While claiming that reducing the harshness of penalties for drug trafficking offenders is a priority, the U.S. Sentencing Commission has other motives for releasing drug offenders early.

• According to the Sensible Sentencing Reform: The 2014 Reduction of Drug Sentences Policy Profile, “Congress directed the Commission […] to “minimize the likelihood that the Federal prison population will exceed the capacity of the Federal Prisons.”

• Stated elsewhere on this policy profile the Commission adds that this program “could save close to 80,000 prison bed years over time.”

• Additionally, “The BOP budget is well over $6 billion, accounting for 25% of DOJ’s total budget.”

Regardless of the motive, most of the public are in favor of reduced sentencing for drug trafficking offenders and see the change in Federal sentencing procedures as a positive step in the right direction. For more information on the reduction of drug sentences, and how it might affect those facing new charges in the future, contact a criminal defense attorney today.