A Utah burglar caught napping on the job was arrested for multiple charges including possession of a dangerous weapon by a restricted person. 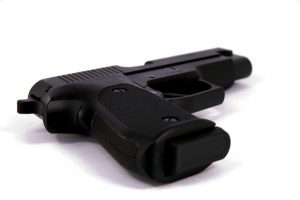 37 year old Thomas Luke Shupe was arrested after a woman found Shupe sleeping in her Huntsville Utah cabin after he pilfered it of beer and prescription drugs. Shupe left the scene but was later apprehended by police. While being arrested for the burglary, Shupe was also found to be in possession of a handgun that had been stolen from another cabin. Shupe was on probation following a previous arrest and as a Category I restricted person, should not have been in possession of a firearm. Shupe was arrested for several misdemeanors and second degree felonies including possession of a dangerous weapon by a restricted person.

When someone is convicted of certain crimes, they may temporarily or permanently lose their right to possess a firearm or other dangerous weapon. This is known as being a restricted person. There are several reasons as to why someone would be considered a restricted person and there are varying degrees of severity related to those restrictions. According to Utah Code 76-10-503, “A Category I restricted person is a person who:

• Has been convicted of any violent felony . . . ;
• Is on probation or parole for any felony;
• is on parole from a secure facility . . .;
• [was charged for a violent felony as a minor within the last 10 years];
• is on probation for a conviction of possessing:
(A) a substance classified . . . as a Schedule I or II controlled substance;
(B) a controlled substance analog; or
(C) [their synthetic equivalents]”

• has ever been convicted of a felony; . . .
• [was charged for a felony as a minor within the last 7 years];
• . . . is in possession of a Schedule I or II controlled substance [while being in possession of a weapon];
• Has been found not guilty by reason of insanity . . . or mentally incompetent to stand trial for a felony offense; . . .
• Has been dishonorably discharged from the armed forces;
• Has renounced [their] citizenship . . . ;
• Is a respondent or defendant subject to a protective order or child protective order . . . ;
• Has been convicted of the commission or attempted commission of [domestic violence].”

Possession of a dangerous weapon by a Category II restricted person is a third degree felony if the weapon is a firearm or a class A misdemeanor if another weapon is used.

It is important for anyone previously charged with a crime to know their restrictions when it comes to weapons. When purchasing a firearm, a background check is usually performed that will alert gun sellers to anyone who is considered a restricted person. Unfortunately, sometimes there are flaws in the system such as what happened recently regarding the files of those found mentally incompetent not being received by the system that categorizes restricted persons. While these systems usually catch restricted persons attempting to purchase weapons, mistakes can happen which does not excuse a restricted person found in possession of a dangerous weapon. They can still face charges for possession of a weapon by a restricted person. The same goes to anyone who buys, borrows, or steals a weapon from a private party non vendor. Anyone who has been convicted of a crime should be responsible for carefully researching the terms of their probation or release to determine whether or not they will ever be allowed to own a firearm or other dangerous weapon. Restricted persons caught unlawfully with a weapon are encouraged to seek legal counsel immediately.

Cable television can be extremely expensive leaving some Utah residents to wonder if sharing the service and cost with a neighbor is legal. 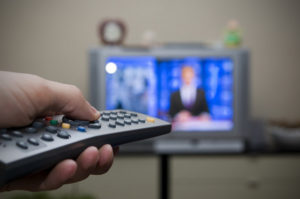 Many Utah residents begin cable television services as part of a special, low-price promotion only to see prices skyrocket at the end of promotional period. When this happens, residents may be locked in for an extended period of time or not wanting to continue under the new inflated price. Some choose to either shop around for other prices and risk paying early termination fees or remove cable television services altogether.

There are those residents who don’t want to terminate cable television but are also unwilling to pay the full price of the service. This could lead to individuals looking for shortcuts on how to save their cable along with their wallets. One of the options possibly sought after is sharing cable television and the cost with a neighbor. What many do not realize however, is that even if both neighbors agree to the arrangement it is still illegal. If cable television customers pay special attention to the contract they signed prior to services, they will usually note that sharing services is prohibited. Ignoring this stipulation could result in criminal charges.

Utah code 76-6-409.3 states, “A person is guilty of theft of (…) cable television service if the person commits any prohibited acts which make (…) cable television available to a tenant or occupant, including himself [or a neighbor] with intent to avoid due payment to the (…) cable television company.” Depending on how long the cable sharing took place and how much the cable company lost due to the illegal 2-4-1 special, those involved could face charges ranging from a class B misdemeanor to a second degree felony. They may also be flagged from receiving cable television through that company in the future and risk civil charges from the cable provider. Utah residents are encouraged to obtain services such as cable legally through the proper channels to avoid legal repercussions.