A Utah man is on his way to the state mental hospital for a spell before serving time in prison for attempted murder of a fellow motorcyclist. 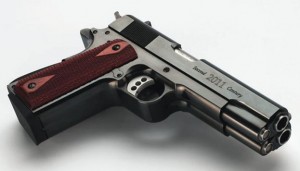 In August of 2013, 57 year old James Alan Reynolds of Enoch Utah refused to stop for a police officer during a routine traffic stop. The short chase ended with Reynolds crashing his motorcycle into a car, but not before he fired a series of random shots at another motorcyclist. 21 year old Austin Sharp of Santa Clara Utah, who had no known affiliations with Reynolds, was shot twice in the back.

Reynolds was originally facing multiple charges including discharging a firearm from a vehicle and fleeing from police, but it was ultimately decided last week that he will serve time for the more serious of his offenses, attempted murder of the young fellow motorcyclist Austin Sharp. 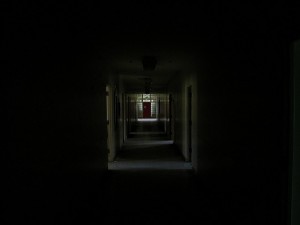 Since Reynolds was determined not mentally ready to be added to the prison population, he will be spending an indefinite amount of time in the Utah State Mental Hospital. If ever it is decided that he is of sound mind, he will be transferred to the Utah State Prison to serve his time for attempted murder.

Attempted murder by causing serious bodily injury during the felony discharge of a weapon is a 1st degree felony, and punishable by up to life in prison. Unfortunately for everyone involved, Reynolds was clearly not mentally healthy when he made the choice to shoot at a random person, and now two lives are changed forever. For more information on any criminal charges call an experienced defense attorney. For issues pertaining to mental health that could lead to criminal charges, contact the Utah Mental Health Services in your area.

A 33 year old Mesa Arizona man was arrested in Beaver Utah for fleeing from police after he drove a stolen vehicle for 70 miles with only tire left.

No plans on stopping 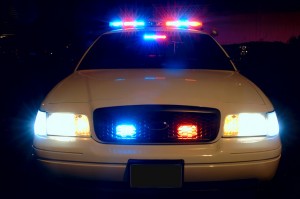 33 year old Matthew Hazenberg crossed over the Utah border from Arizona in the stolen vehicle and was immediately pursued by Utah Highway Patrol. When Hazenberg failed to stop for UHP and continued to drive north on I-15, officers laid out spike strips to end the pursuit. Even after having both left tires and the front right tire spiked, Hazenberg continued on I-15 for 70 long, pavement damaging miles. Hazenberg will likely face charges of vehicle theft and fleeing from police.

This wasn’t Hazenberg’s first run in with the law. In April 2015, Hazenberg was arrested in Moses Lake Washington for fleeing from police after he fled in his vehicle, then from his vehicle, leaving his 8 year old step-daughter alone in the back seat. Moses Lake police were trying to locate the 8 year old, who had been reported missing by her mother when they located Hazenberg’s vehicle and were led in a brief chase. Hazenberg then bolted from the car, and was found later at his home.

Fleeing from police is a felony

Anytime a police officer requests a driver to pull their car over, they are obligated to do so, or they may face a 3rd degree felony. Utah code 41-6a-210 states: “An operator who receives a visual or audible signal from a peace officer to bring the vehicle to a stop may not: operate the vehicle in willful or wanton disregard of the signal so as to interfere with or endanger the operation of any vehicle or person; or attempt to flee or elude a peace officer by vehicle or other means.” For more information on laws regarding stopping a vehicle for police officers, contact a criminal defense attorney.