Free range parenting might seem like a new and lenient idea to many residents in Utah, however they may not remember how things were when they or even their parents were younger.

Leave it to Beaver 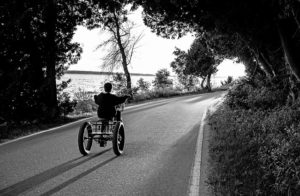 Remember watching the old shows on TV; the children would get up in the morning and race out the door for a day of unsupervised adventure. Meanwhile Aunt Bea or June Cleaver would be in a dress with an apron: cooking, cleaning, visiting, or gossiping – with no idea what the children were doing. Sometimes the adventures were calm even uplifting, sometimes the adventures were dangerous – Think “Lassie is Timmy in the well”. Outside of TV shows, everyday grade school children played outside until the street lights came on and were even asked to ride their bike to the corner convenience store to pick up milk or missing ingredients. Never seen in TV or reality were the adults getting arrested or have their children taken away for lack of supervision.

By the 1980’s several families became duo incomes. The latch-key child was born. No longer did the kids yell out “hey mom I’m going out to play. I’ll be back before dark.” The TV became the baby-sitter, children were not seen outside exploring and having adventures but they were watching the adventures of the prior generation’s children. Additionally, concern over child safety increased and so did the laws to protect the children. Parents were worried for the safety of their children and insisted they be home and answer the phone whenever the parent called to check on them. 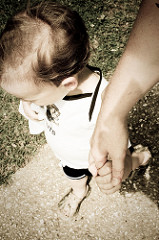 In the early 2000’s many families had both parents working. Stricter laws made parents leery to leave a grade-schooler alone in the home, even for a brief trip to the grocery store to buy milk. Children were seldom out of the parent’s sight for if an accident happened, there was the fear of being deemed neglectful. Adventures were always adult supervised and thus the Helicopter Mom was born. Some parents were so filled with fraught that even having the child out of sight in a public place for more than two minutes left a fear that someone might see it as an open invitation to harming the child.

Recently the growing concern over the lack of independence in children became a movement. Free-range parenting has been increasing in popularity. Parents want their children to have freedom along with increased responsibilities. Many feel self-esteem, imagination, and responsibility are born from teaching a child, and then let them out on their own. Instead of mom’s hovering, children are being encouraged to stretch their wings and fly. 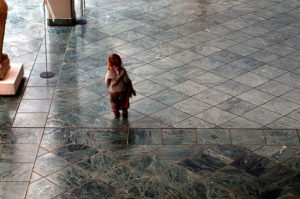 Utah child neglect laws were amended March 15, 2018 to give more freedom for those in favor of free range parenting. The Amendment lists several activities that are acceptable in relationship with the maturity of the child. Included are: being left unattended in a motor vehicle; riding a bike or walking to and from school or playground; being left home alone, etc. The difficulty arises in determining the maturity of the child. One person believes the child is mature enough to ride the bike to the corner store for milk, while another person may see the child as too immature to have that responsibility.

Some people embrace new or resurrected theories and are excited to try the concept out on themselves and on their family. Other people are slow to change and do not want vary from what they had one in the past. What one sees as acceptable another sees as neglect. Although not all families are ready to let their children experience more unsupervised freedom, those that are should use careful discernment to decide if their child is mature enough. Those Utah parents taking advantage of this new freedom should be warned however that by not specifying an exact age of when a child is old enough to be left alone, the new free range parenting laws leave that discernment not only up to the parent but the police should they be involved. If any legal trouble arises due to a parent exerting their freedom in how they choose to raise their child, contact a reputable criminal defense attorney to discuss the legal freedoms of the new free range parenting laws.