The right to protest is one that residents in Utah and throughout the country have been exercising a great deal lately, and it is important for protesters to know how to exercise that right without breaking the law. 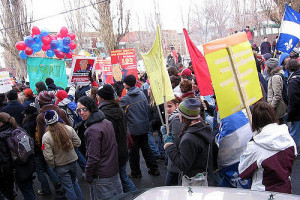 Within a little over a week, Americans have participated in three different events where citizens were exercising their right to protest.

• January 20th, 2017. Inauguration Day “anti-Trump” protests began peacefully yet ended in over 200 protesters being arrested and several police officers being injured. Additionally, glass store fronts were smashed and a limo was set on fire. The damage by the protesters exceeded 100 thousand dollars.

• January 21st, 2017. Women’s March on Washington. With nearly half a million citizens supporting the cause of women’s rights and exercising their right to protest, there was not a single arrest made during that demonstration.

• January 27th, 2017. March for Life. A protest that like the other demonstrations, also brought in hundreds of thousands of individuals exercising their right to protest, ended with less than ten arrests; those arrests made were from individuals opposing the protest.

These three different events where citizens used their right to free speech to rally together on behalf of a cause all began legally, but only one of the demonstrations ended in mass arrests, property damage, and injuries.

The First Amendment to the United States Constitution states: “Congress shall make no law respecting an establishment of religion, or prohibiting the free exercise thereof; or abridging the freedom of speech, or of the press; or the right of the people peaceably to assemble, and to petition the Government for a redress of grievances.” The First Amendment specifically mentions the word “peaceably” regarding the right to protest. It does not excuse violence, property damage, or other dangerous behavior. 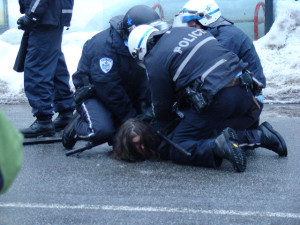 All citizens should practice their right to protest and are protected while exercising that right, but there are rules associated with all public behavior. Not only are demonstrators to refrain from protesting on private property without permission or a permit, they must abide by certain restraints regarding time and location. Additionally, if a protester demonstrates their cause while assaulting others, damaging property, or inciting a riot, they are subject to criminal penalties. Those who face charges following a protest are encouraged to seek legal counsel.