A southern Utah man was arrested for an almost three year old deer poaching case out of Nevada.

Poaching of a Mule Buck

In November of 2019 a nice sized mule deer buck was taken out illegally near the Utah Nevada border and for a couple years the killing went unnoticed. When Nevada game wardens realized a case of poaching had occurred in their state, they worked diligently with Utah law enforcement to track down the one responsible. Two and a half years and a lot of tax dollars later, they found the person responsible.

21 year old Brayden Ray Norton of Washington, Utah was arrested for deer poaching, a category E felony in Nevada. At the time of the crime, Norton was a fresh 18 year old that likely had goals in his adult like that didn’t include going to a Nevada jail for a prized deer he tagged. According to Nevada Fish and Game, Norton has never acquired a hunting license in Nevada and therefore would not have been approved for one of their hard to acquire large game tags.

In Nevada, deer poaching is punishable as a category E felony, punishable by one to four years in prison with a fine as much as $5,000. In Utah, deer poaching is known as illegal taking, possession or wanton destruction of protected wildlife. Section 23-20 4.7 adds that “A person is guilty of habitual wanton destruction of protected wildlife if the person . . . takes a big game animal”. Utah Code 23-20-4.5 notes that punishment for poaching a deer is a restitution amount of $400 to as much as $8,000 for a trophy animal. A person found guilty of deer poaching can also face a third degree felony, punishable but one to five years in prison and an additional fine of up to $5,000. 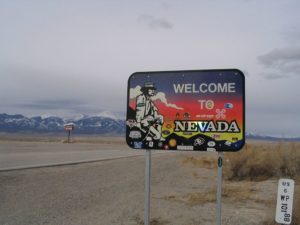 Nevada Fish and Game stated that the poaching incident occurred in Lincoln County, Nevada that happens to be the third largest county in Nevada, seventh largest in the nation. The east side of Lincoln county stretches the length of four Utah counties: Millard, Beaver, Iron, and Washington as well as the northwest tip of Arizona, that includes the well-known Virgin River Gorge. Most of this area between Lincoln County and its bordering counties is sparsely populated wilderness, with only a few major highways linking it to Utah. The remaining pathways between the two states on Utah’s southwestern borders are dirt roads, unpaved and possible unmarked. Nevada officials did not elaborate on how close to the Utah border the poaching incident had occurred or whether or not Norton was aware he had crossed into a neighboring state.

Although he was not a licensed hunter in Nevada, Norton has obviously had experience hunting as he was able to bring down that large buck. It is possible Norton had been a licensed Utah hunter, a favorite pastime for many Utah parents and their children.At 18 years old, Norton had probably spent most of his hunting life under the watchful eye of his parents. Game wardens in Nevada claimed that Norton tried to get away with poaching yet, could he have been licensed in Utah and mistakenly crossed into Nevada while navigating back roads? While there are some laws that punish a person for accidentally committing a crime, most punish a person who has knowledge and intent – two things that Norton may not have had in this case. Anyone facing criminal charges in Utah or neighboring states is encouraged to seek legal counsel from a qualified attorney who can help a defendant show defend their mistakes and reveal their true intentions. 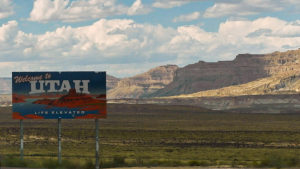 A Utah woman who was the primary suspect for stealing items from a Wendover, Nevada Hotel and Casino has been arrested on burglary charges. 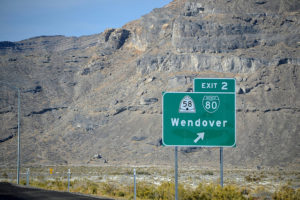 48 year old Robin Olsen from American Fork, Utah was arrested for burglary after she convinced a couple to purchase her hotel room in Wendover, then proceeded to steal their luggage, person belongings, and a wad of cash from inside it. The couple was able to track their stolen credit card back to Utah, where Olsen was matched to security footage from the hotel and subsequently arrested.

Utah Code 76-6-202 defines burglary as when a person “enters or remains unlawfully in a building with intent to commit:

Code 76-6-202 states: “Burglary is a third degree felony unless it was committed in a dwelling, in which event it is a second degree felony.” 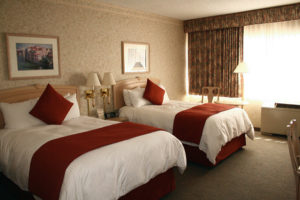 Utah County Jail has listed Olsen’s charges as simply “burglary” however, it is likely those charges could be increased to a second degree felony since the crime took place in a hotel room. According to Utah Code 76-6-201, a dwelling is “a building which is usually occupied by a person lodging in the building at night, whether or not a person is actually present.” Since a hotel’s sole purpose is nighttime lodging, that definition of dwelling could apply for any hotel, whether or not the room was vacant or not.