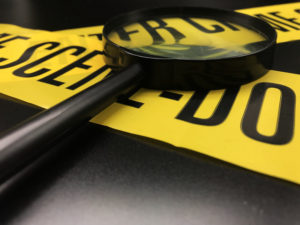 A 40 year old homeless Utah man was arrested for aggravated murder of an officer after he shot and killed a policeman attempting to apprehend him.

Attempt to arrest a fugitive

29 year old Joseph Shinners, a three year veteran officer with the Provo Police Department was killed earlier this month while attempting to apprehend a fugitive in Orem, Utah. Shinners was responding to a location alert regarding a fugitive who had a history of making violent threats towards police officers. When Shinners arrived and attempted to apprehend the suspect he was shot and later died at Utah Valley Hospital. The 40 year old suspect who is not being named at this time was arrested for aggravated murder of an officer.

Aggravated murder of an officer

Utah Code 76-5-202 states regarding aggravated murder of an officer that: “criminal homicide constitutes aggravated murder [of an officer] . . if the victim is or has been a peace officer, law enforcement officer, executive officer, prosecuting officer, jailer, prison official, firefighter, judge or other court official, juror, probation officer, or parole officer, and the victim is either on duty or the homicide is based on, is caused by, or is related to that official position, and the actor knew, or reasonably should have known, that the victim holds or has held that official position”.