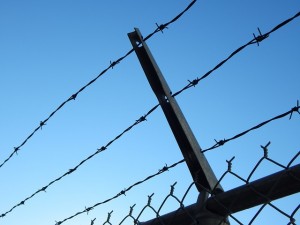 As part of Utah’s ongoing attempt to address the growing prison population, input on prison reform was recently taken from experts in Texas who have also worked toward fixing the problem in their own state. Reforms have been officially on the table in Utah since August of 2014 when a subcommittee was formed to address the problem, but it’s questionable if they will receive public support. Add in the fact that the current prison location at Point of the Mountain is “falling apart” and unable to support the growth but also unable to find a new home, and Utah has a problem that some seem unwilling to fix.

According to a report from KSL News, two prison reform experts from Texas, a state with their own problems to deal with regarding incarceration, have called for “sweeping changes.”

Jerry Madden, a former Texas state representative and senior fellow at Right on Crime, a conservative public policy foundation in Texas, called prison reform the best way to control prison population and taxpayer costs. He said there were two options if a state wasn’t going to build new prisons—something Utah will have to deal with regardless of these options. They can either let people out of prison early or figure out a way to slow down the numbers coming in.

One aspect of prison reform is working on breaking the cycle of incarceration. Madden said early childhood intervention is the best and cheapest method for keeping people out of prison. He stated that one of the best indicators that someone has a future in prison is to look at their home life, claiming that if one or both parents have spent time in prison, it’s likely the child will end up there as well.

These problems at home can lead to drug, alcohol, and mental health issues, something which also contributes to the growing prison population. Along these lines, the Utah subcommittee that was formed in August to address the recidivism problem in Utah has proposed similar measures as those recommended by the Right on Crime foundation in addition to early intervention. These measures are to specifically make drug possession a misdemeanor, strengthen probation and parole supervision, and expand treatment programs.

These views seem to be in alignment with a prison reform movement nationwide. In December, it was reported that the American Bar Association had been working with a task force formed by the House Judiciary Committee—the Task Force on Over-Criminalization—to examine increasing numbers of federal crimes providing for prison sentences. Statistics from the task force that seem to indicate a problem in the system included:

Marc Levin, the public policy director for Right on Crime who also spoke on the need for prison reform in Utah, stated that he believed most people would say we should reserve prison time for criminals the public is afraid of, “not those we’re mad at.”

The problem is that when it comes to many of these reforms, while the public may agree with Levin, they have a hard time supporting some of the changes which would bring it about, such as a loosening of the laws. In addition, funding for some of the treatment programs has been either drastically reduced or cut altogether.

Another area for consideration in Utah is the ongoing search for a new prison site to replace the current Point of the Mountain location in Draper. Besides the fact that House Majority Assistant Whip-elect Brad Wilson has said the current location is “falling apart,” there is also the fact that given the growth rate of the Utah prison population, the Draper location will be short thousands of beds over the next twenty years.

So the answer is either a major (and costly) renovation of the current facility or building a new facility elsewhere. However, public reaction from citizens in the majority of potential sites which have been proposed demonstrates another side of the unwillingness to remedy what is clearly a problem in Utah.

Of the six sites previously suggested, three of them have been taken off the list. Two of them—Saratoga Springs and West Jordan—had the offers removed by landowners, and the site near the Salt Lake City International Airport was removed as a result of wetland issues. However, residents from all three remaining sites have also protested the consideration of having a new prison in their location. While the legislature was hoping to resolve this issue this year, House Speaker-elect Greg Hughes has said he doesn’t believe it is going to happen.

Prison reform is a tricky issue, and it would appear the solution will have to come from many sources. Utah will need to really look at its recidivism rate and their current punitive measures and address those, but because this isn’t a problem that is fixed overnight, the lack of capacity at the current prison facility also must be addressed. Perhaps most importantly, Utahns need to recognize that if they want to get a little, they are going to need to give a little.