A Salt Lake City man was arrested for child kidnapping after he carjacked a car with a young child still in the back seat.

Theft of an occupied vehicle

29 year old Derek Orr was arrested after taking a woman out of her minivan and driving off with a four year old girl in the backseat. Orr waited until the woman had stopped in traffic and then approached her, demanding she give him her vehicle. He then opened her door and took her out forcefully, got in, then drove away. As the woman stood in the middle of a busy road yelling for help, she alerted other drivers that her daughter was in the stolen vehicle. Meanwhile Orr, who was under the influence of drugs, discovered that he wasn’t alone in the minivan and dropped the young child off at a business a few blocks away. The child was frightened but unharmed. Orr was later located and after a few hour standoff with law enforcement was apprehended. He now faces multiple charges including aggravated robbery and child kidnapping.

According to Utah Code 76-5-301.1, “An actor commits child kidnapping if the actor intentionally or knowingly, without authority of law, and by any means and in any manner, seizes, confines, detains, or transports a child under the age of 14 without the consent of the victim’s parent or guardian, or the consent of a person acting in loco parentis.” Child kidnapping is a first degree felony, punishable by five years to life in prison and a fine up to $10,000.

Piling on the charges

Although Orr purposefully carjacked the vehicle, it does not appear he intentionally or knowingly (at first) committed child kidnapping. Had that been his intent he would not have safely left the child somewhere for her mom or the authorities to locate her. While Orr may need to be punished for the crimes he committed, adding on additional charges to someone who made poor choices while high on drugs is just adding to the growing number of addicts already behind bars. Orr is currently being held on two misdemeanor charges along with eight felony charges including the first degree felony for child kidnapping. Anyone facing criminal charges should seek legal counsel, especially when the charges start to pile up unfairly. An experienced attorney can help defend all charges, including those that shouldn’t have been added in the first place.

A man in Utah was arrested for voyeurism after he was caught taking pictures under women’s skirts at City Creek Mall in Salt Lake City.

Creeping with a cell phone 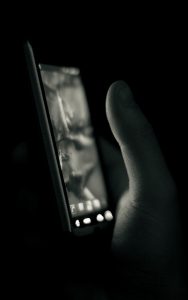 41 year old Stephen Grogan of New Jersey, who is in Utah doing training with the National Guard was arrested last week after he allegedly used the camera on his cell phone to take some pictures from under multiple women’s skirts at a clothing store in City Creek Mall. Witnesses reported that Grogan would pretend to shop for clothing in the women’s section of the store and when he would bend down to look at clothes, he would snap a picture looking up under the skirts of nearby women. The husband of one of the women was able to use his cell phone to take a picture of Grogan which was used by authorities to locate and arrest him for suspicion of voyeurism.

Utah Code 76-9-702.7 states “A person is guilty of voyeurism who intentionally uses any type of technology to secretly or surreptitiously record video of a person:

(b) Without the knowledge or consent of the individual; and

(c) Under circumstances in which the individual has a reasonable expectation of privacy.”

Voyeurism is punishable as a class A misdemeanor and if no technology is used, the penalty would then be a class B misdemeanor. Along with the civil penalties Grogan faces, he will also have to face additional penalties, demotions, or loss of clearance that could be handed down by the chain of command in his military unit.

Multiple members of a theft ring were busted for robbery of ATM machines in Utah, almost getting away with thousands of dollars in cash. 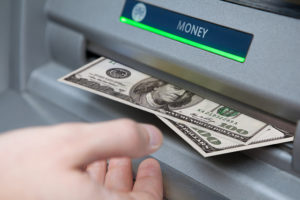 Authorities in Utah were closely watching 6 men of Venezuelan nationality after the group flew into Salt Lake International airport and then took separate rental cars only to meet up at a local bank together. There were then observed jackpotting multiple ATM machines in Cottonwood Heights and Sandy. Four of the men were apprehended in Utah, two later in Miami, and the other is still at large.

Jackpotting is a newer crime to the United States but is quickly becoming a popular way for thieves to rob a bank without ever stepping foot inside. Jackpotting occurs when the outer casing of an ATM is either broken or a key is used to obtain access to the computer inside. The internal hard drive of the ATM machine is then removed briefly in order for the thief to install malware on it. The malware is then activated, often by an outside source which could be a higher up member in the theft ring. Once the hard drive is bugged, it is then reinstalled back into the ATM machine, allowing the thieves to breach the ATM security system and empty the machine of all of its cash.

The individuals arrested for pilfering the ATM machines in Utah were booked on federal charges of computer fraud as well as robbery of a bank- the two crimes that are committed during jackpotting of an ATM. Utah has been hit by two different jackpotting rings since November of last year and it is likely this form of bank robbery will continue to increase if security measures for ATMs are not upgraded soon.