Aggravated charges are pending for a Utah man after authorities located charred DNA evidence of missing college student in the man’s backyard.

In the early morning hours of June 17, 2019, Mackenzie Lueck let her parents know she had arrived at the Salt Lake City Airport before taking a Lyft ride to a park in North Salt Lake. There she met someone in another vehicle and was never seen again. For the next week and a half, Lueck missed her school classes and work and did not take a flight she had scheduled back to California to see her family. Investigators worked tirelessly around the clock, eventually questioning a man that had engaged in electronic communications with Lueck prior to her disappearance.

Neighbors to the man alerted authorities that the day Lueck had gone missing, the man had been burning things in his backyard with gasoline. After obtaining a search warrant, police were able to find burned remains of Lueck’s belongings as well as charred body tissue. DNA evidence from those findings were linked to Lueck. The owner of the house, 31 year old Ayoola Ajayi was arrested on several charges including aggravated charges of kidnapping and murder as well as obstruction of justice and desecration of a human body.

Ajayi is facing four felonies for the following:

Regardless of the type of crime committed and whether or not they have been tried already by the public court of social media, anyone facing charges has the constitutional right to be represented by an attorney in a court of law. For more information on the options available for those facing serious charges such as aggravated murder, contact a criminal defense attorney.

After years of the supply for therapy not matching the demand, changes are finally in store for Utah’s sex offender treatment program (SOTP).

One case of many 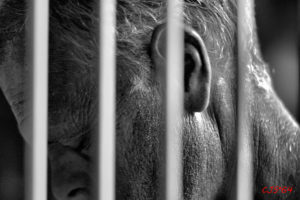 Speaking with the family of an inmate housed at Central Utah Correctional Facility in Gunnison Utah, their family member has served four years of a one to 15 year sentence for a second degree, sexual related crime. In four years since he was incarcerated, the inmate has waited to attend the Sex Offender Treatment Program without actually making it onto the waiting list. The inmate went before a parole board and was denied immediately after it was determined he had not finished (or even started) the treatment for sex offenders. Months after his parole hearing, the inmate’s name was finally added to the waiting list for the Sex Offender Treatment Program, with therapy expected to begin in 18 long months. After continuing to wait and eventually completing the treatment program, this particular inmate will have served more than half his maximum sentence before there is even a chance at him becoming eligible for parole. Sadly, this is not an uncommon fate among sex offenders currently lost in the prison population.

According to the Utah Department of Corrections, “Nearly one-third of the inmates in Utah’s prison system are serving time for a sexual offense.” Many of the inmates who are incarcerated for sexual related offenses have been so for years without any behavioral therapy to aid them in their rehabilitation. Utah has a sex offender treatment program in place, however it has recently been determined that there were serious failings in the system, including the way it was being managed, operated, and funded. After decades of using a flawed system, changes are finally on the horizon.

One of the first problems to note with the current Sex Offender Treatment Program is the lack of funding. The amount of inmates needing treatment for sexual crimes has grown rapidly over the last twenty years without the funding increasing at all during this time. Not only has funding remained stagnant for the sex offender treatment program, a special housing facility meant to house sex offenders while they receive treatment was closed two years ago when the state was unable, or unwilling, to staff it. The sex offender treatment program was then moved to the Utah State Prison in Draper to be poorly managed while those needing treatment are scattered at other facilities around the state to await treatment. The cost of housing those inmates is great in comparison to the cost of treating them.

Utah Department of Corrections recently discovered through a performance audit of the Sex Offender Treatment Program (SOTP) that there were “fundamental flaws in the way the SOTP was operating”. The program was outdated, the therapists were underpaid or underqualified, and the sex offenders receiving treatment were receiving a standard blanket therapy and not one tailored to their specific needs. Fortunately, the old director of the Sex Offender Treatment Program has been reassigned and a new director more suited for the job is eager to make changes.

According to an article posted by the UDC, several changes are set to take place in the Sex Offender Treatment Program. They plan to use “an evidence-based program using cognitive-behavioral approached combined with a relapse prevention approach.” This new approach will help those who are high risk, low risk, disabled, as well as provide help following completion of treatment. They also stated that “other SOTP changes include:

• Conducting rigorous, real-time, and continuous risk assessments of the participants to ensure that the program is working effectively, which include following industry guidelines.
• New processes/criteria for entering, suspending and removing from treatment including removing punitive measures for treatment termination.
• Increased communication with the Board of Pardons and Parole and improved processes to reduce therapists’ administrative tasks for reports so they can focus on treating offenders.
• Introducing on-site aftercare services for offenders to access ongoing counseling, psychotherapy, and meetings in a modified Therapeutic Community setting.
• Implementing a strategic plan with goals, objectives, performance measures and evaluations for the SOTP.
• Adjusting position titles and roles to match the industry standards, treatment team’s duties and responsibilities.
• Working with the Department of Human Resource Management to determine competitive pay for psychologists. “

For those currently facing time for a sexual related crime, there is hope for proper and prompt treatment in the future. Those who are already incarcerated should see the effects of these changes shortly.