Two different cases of domestic violence in Utah within the last couple weeks have escalated to involve taking hostages and discharging firearms.

Breaking up is hard to do 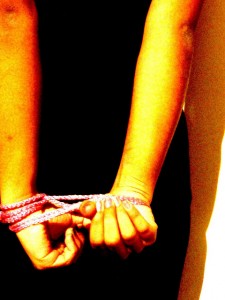 On Saturday August 22nd, 42 year old Jenny Andrus, an English professor at the University of Utah, went to her home in Millcreek Utah to collect some of her personal belongings while her estranged husband was away. Unfortunately, her alienated hubby, 37 year old Valentin Dulla Santarromana, was there and a domestic violence incident occurred. Andrus’ friend Joi Hogue who was waiting outside the home tried to enter when she heard the commotion and was shot by Santarromana several times, even as she tried to flee. Police who were called to the house after receiving calls of domestic violence and shots fired tried for three hours to get Santarromana to release Andrus. Santarromana shot Andrus four times, including once in the eye before police were able to detain him and rescue Andrus. Andrus has made a miraculous recovery while her friend Hogue remains in critical condition.

Her daddy wasn’t the one packing heat this time

Another domestic violence incident intensified into a hostage situation early Monday morning in West Valley Utah. 23 year old Oscar Alcantara was having an argument with his girlfriend when her dad offered to drive Alcantara to his home. Apparently something happened during the commute, as it ended with shots being fired. Alcantara then took his girlfriend’s father hostage for 5 hours until police were able to negotiate with him to surrender his hostage. Fortunately in this case, no one was hurt. 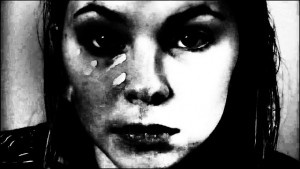 • Assault. This can include inflicting any kind of physical injury on another being such as hitting, kicking, slapping, pulling hair, or harming with a weapon such as a knife or gun. Assault can also include not allowing someone to get medical care if needed or forcing them to consume drugs or alcohol.
• Sexual abuse. Having intimate relations of any kind without the consent of the other individual is sexual abuse. Even if the two parties are married, there still needs to be consent for sexual relations.
• Kidnapping. Taking a domestic partner, children, or other household member against their will.
• Unlawful detention. Not allowing the other party to leave the residence, tying them up, locking them in a room, or in any way stopping them from leaving the presence of the abusing party by keeping them hostage.
• Emotional abuse. This can include verbal abuse, destroying another co-inhabitant’s self-esteem with hurtful, belittling comments, making the other individual seem worthless, and anything else that harms the victim’s emotional state.
• Mental abuse. Threatening to do harm, intimidating, gas lighting (making the other party feel as though they are going crazy), or isolating the victim from family, friends or places of employment.
• Harassment. Harassment is any unwanted contact and can be done in person, over the phone, or by way of electronic means such as texting, emailing, and instant messaging.
• Stalking. Keeping constant tabs on the whereabouts of the other party and on their activities online and on their electronic devices such as phones by installing illegal tracking software.
• Economic Abuse. Causing the other person to lose their job, making them completely dependent on the abuser’s income, and/or withholding finances.

The penalties for domestic violence depend on the type of abuse. Domestic violence charges can range from a class C misdemeanor if all that is observed is disorderly conduct to a 1st degree felony if the domestic violence ends in premeditated homicide. Repeat offenses of domestic violence will increase the severity of the charges. While those who live together under one roof are known to quarrel from time to time, it is important to not let things escalate to the point of doing any physical, mental, or emotional harm to one another. For anyone facing charges of domestic violence, contact a criminal defense attorney.