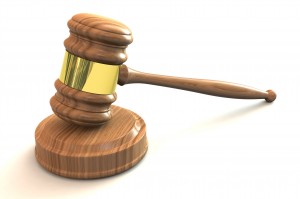 Even while case of Brianne Altice, the former Davis High School teacher accused of having sex with three students, is still making headlines, another incident of a substitute teacher being charged with unlawful sexual activity with a minor has come to light. The substitute is obviously no longer teaching and will face her first court appearance Feb. 17.

A Question of Circumstances

According to a report from KSL News, on Jan. 26, Mary Emily Mickelsen, 35, or Salina was charged in the Sixth District Court with eight counts of unlawful sexual activity with a minor. Sevier County School District Superintendent Cade Douglas stated that Mickelsen had been a substitute in the district for “a number of years,” but that she was removed from the roster in early January after the district found out about the allegations and pending charges.

According to the report, the charges against Mickelsen are only dealing with one teen at this point, but the county attorney’s office is apparently looking into whether any additional victims may be out there. Mickelsen’s attorney stated that Mickelsen did not meet the boy through her substitute teaching job, but further information hasn’t been released to confirm or deny that. Regardless of the circumstances, if true, it would still be a case of unlawful sexual activity with a minor.

Unlawful Sexual Activity with a Minor: Third Degree Felony in Most Cases

Unlawful sexual activity with a minor is a third degree felony in most cases, punishable by up to 15 years in prison and a fine of up to $10,000. However, if the defendant can prove that there was less than four years difference in age between them and the victim at the time of the sexual activity, it considered a class B misdemeanor.

If you or someone you know has been accused of unlawful sexual activity with a minor, don’t leave your fate in the hands of a public defender. Contact an experienced criminal defense attorney. 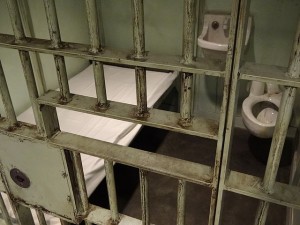 A restaurant owner in Pleasant Grove was arrested on Friday, Dec. 19, on two counts of sexual abuse and sexual battery for the mistreatment of one of his teen female employees. In addition to the criminal charges, an Immigrations and Customs Enforcement hold was placed on him.

According to a report from KSL News, after an incident that finally pushed her over the edge, a 17-year-old employee of Big Daddy’s Pizza contacted the resource officer at her high school, Pleasant Grove High School, to report the sexual abuse. However, this final incident was allegedly part of a pattern of inappropriate behavior.

The Utah County Jail probable cause report states that Gabriel Alejandro Ruz, 43, of Midvale, on several occasions had grabbed the female employee over her clothing and made sexual comments and advances to her.

Events in the case came to a head on Thursday, Dec. 18, when Ruz told the employee he would relieve a $300 debt owed to him by her boyfriend if she would have sex with him. Later that night, Ruz invited the teen into his office to give her a Christmas bonus and then attempted to put his hand up her shirt and undo her pants.

When the teen walked away from him, Ruz allegedly told her not to say anything, presumably in regards to his immigration status, as the girl told the resource officer that she was afraid Ruz would get in trouble by reporting the sexual abuse, “but stated she didn’t believe she deserved to be treated or assaulted in that way.”

When police arrived, Ruz pretended not to be able to speak English, even though he had previously spoken to officers on other occasions where he wasn’t the suspect.

Ruz was booked into the Utah County Jail.

Sexual Abuse not the Same as Rape

According to Utah Criminal Code 76-5-404, sexual abuse occurred in this case because the victim was over 14 years old, and “under circumstances not amounting to rape, object rape, sodomy, or attempted rape or sodomy, the actor [in this case, Ruz] touches the anus, buttocks, or any part of the genitals of another, or touches the breast of a female, or otherwise takes indecent liberties with another”.

In this instance, the sexual abuse would be a second degree felony, punishable by up to fifteen years in prison and a fine of up to $10,000. This is more than enough to ruin a life, especially if the accused is not guilty. Regardless, sexual abuse is not a charge to leave in the hands of a public defender. Be sure to contact an experienced criminal defense attorney. 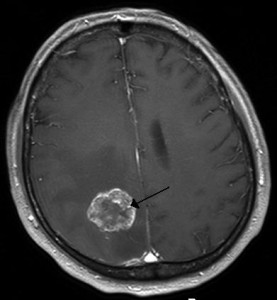 In a move that surprised friends, family, and coworkers, a woman in Logan faked brain cancer in order to raise over $17,000. Police say she will be charged with fraud.

Fraud Often Preys on the Sympathetic

According to a report from KSL News, in early November 2014, Lesley Jensen claimed that she suffered from advanced stage glioblastoma, the same form of cancer that afflicted Brittany Maynard, the woman who moved to Oregon because of their right to die laws.

As part of her perpetrated fraud, Jensen altered medical records and other documents to support the story. Even relatives of Jensen believed the lie. As the Logan community rallied around Jensen, her former employer, Café Sabor, held a fundraiser where her fellow employees worked for free, and approximately $17,000 was raised on her behalf.

When the news came to light that this was a fraud, Café Sabor owner Justin Hamilton said he was very surprised but that it shouldn’t change people’s behaviors when it comes to others in need.

“[W]e can’t let this deter us from helping and giving back to people,” Hamilton said.

On Wednesday, Dec. 3, family of Jensen reported that she was missing. She was found in her car in a remote location at the south end of Cache Valley and is currently in a psychiatric ward. No details about her medical condition have been released.

Logan police are asking anyone with information on the case or who may have given money to her to contact them at fraud@loganutah.org.

Fraud Charges Depend on Amount

According to Utah Criminal Code 76-10-1801, what Jensen has done will most likely be considered “communications fraud.” Per this section of the code, a person of guilty of this form of fraud if they “devised any scheme or artifice to defraud another or to obtain from another money, property, or anything of value by means of false or fraudulent pretenses, representations, promises, or material omissions, and who communicates directly or indirectly with any person by any means for the purpose of executing or concealing the scheme or artifice.”

If you or someone you know has been charged with fraud, be sure to contact an experienced criminal defense attorney to make sure you are getting the best defense.