Due to a bill passed earlier this year, inmates at any of the correctional facilities throughout Utah are prohibited from receiving packages by drone delivery. 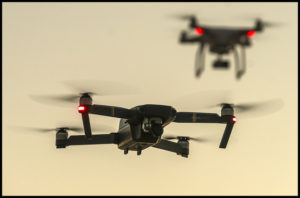 With the numerous laws that are passed or amended each year in Utah, some are seen as needed, others may be seen as unfair, and then there are a select few laws that leave residents wondering why caused such a regulation from being necessary. H.B. 59 that was passed along with several others this year dealt with unmanned aircrafts, otherwise known as drones, and whether or not they were allowed to be used to deliver items to inmates at correctional facilities. The section amended was Utah Code 72-14-102 and 304 which now states: “An individual may not operate an unmanned aircraft system:
(a) To carry or drop any item to or inside the property of a correctional facility;
(b) In a manner that interferes with the operations or security of a correctional facility.”

A law that may be seen as obvious, H.B. 59 passed in the2018 General Session following a growing problem of illegal package deliveries near prisons.

In years past, there have been some inmates and their helpers on the outside that have used different methods to try and sneak things into correctional facilities. This can include illegal contraband hidden inside packages, books, and cards. Unlawful items have also been smuggled in with an inmate upon arrest or by another person visiting the inmate at the correctional facility during a scheduled visitation time. Now with the increase in technology, there is a new scheme that has been used to sneak illegal contraband into prisons – drones. Drones have been used across the country to drop items beyond the fence where inmates may have access to them. Drones do not have to approach closely, but can soar several hundred feet above the ground and drop items such as tobacco products, drugs, porn, cell phones and even weapons without being spotted by prison guards. Utah lawmakers wanted to criminalize the practice before it started in Utah, hopefully to prevent any incidents from occurring. Utah Code 72-14-304 that was amended by H.B. 59 now lists the penalty for flying drones near prisons as a class B misdemeanor or a third degree felony if items are dropped on the property of the correctional facility.

While most law abiding citizens wouldn’t dream of using a drone to send items to incarcerated loved ones, this amended law may cause them to wonder exactly what they are allowed to bring or send to those behind bars. One important thing to note is that no item is allowed to be brought into a correctional facility by a visitor of an inmate. Even personal items such as purses, wallets, or jackets are to be left in vehicles or in rented lockers. There are things that may be sent to inmate however. Those who wish to have items delivered to inmates do so through a carefully regulated system put in place by the Utah Department of Corrections.

• Letters– Regarding letters sent by mail, UDC states “Inmates may begin receiving mail as soon as they arrive in prison. Multilayered cards, crayon and marker drawings are not allowed.”

• Photos– If a friend or family member wants to send pictures to inmates they note: “Inmates are allowed to have 25 photos in their possession; the photos can not be larger than 8X10, may not be Polaroids and must not be pornographic in nature. Inmates may not have photos of or including themselves.”

• Books– “Books may only be purchased through the prison Commissary and are sent directly to the prison by the book vendor. Each book is inspected before being delivered to an inmate.”

• Packages– When a family member goes to camp or on a church mission, their family can send care packages with personal items and comforts from home. Inmates are not allowed these same types of luxuries. UDC warns that “Inmates may not receive packages except when authorized for medical reasons.”

• Money – If there is something that a Utah state inmate needs that family or friends would like to help them receive, they may put money onto an inmate’s account. UDC explains that this can be done by mail, telephone, internet, or kiosks through a “third-party provider (Access Corrections) [that] handles deposits to inmate accounts.” Then inmates may use the deposited funds to purchase items from the Commissary.

For more information on regulations surrounding Utah Correctional Facility, contact the Utah Department of Corrections. For help following charges related to illegal drone use, speak with an attorney.

According to the Federal Bureau of Prisons, as of March 24, 2018 at least 4,779 inmates incarcerated nationwide were older than 65 years old. Another 5,432 were between the ages of 61 and 65. As the prison population ages, many inmates begin to need increased care related to age or illness. Many states including Utah have a program in place called Compassionate Release to allow inmates who are elderly or facing a major illness due to age or disease to be able to go home early. 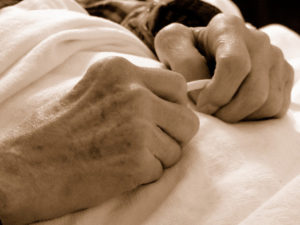 Inmates incarcerated in Utah prisons usually remain so until either they have served their time or until they have been released on parole by the AP&P. All too often this sees inmates reaching senior citizen status while incarcerated. Unknown to many however, special circumstances allow the parole board to allow inmates to be released under what is known as a compassionate release found under Utah Administrative Code R671-314.

Utah law makers understand that at a certain age or with growing health complications, it would be more beneficial to send some inmates home. R671-314 states: “The Board shall consider a compassionate release in the following exceptional circumstances:

(a) Upon the request of the Department of Corrections (Department), if an offender’s public safety and recidivism risk is significantly reduced due to the effects or symptoms of advancing age, medical infirmity, disease, or disability, or mental health disease or disability;

(b) Upon the request of the Department if an offender suffers from a serious and persistent medical condition which requires extensive medical attention, nursing home care, or palliative care; or

(c) Upon the request of the Department, offender, or other interested person, if an offender’s immediate family member dies within 120 days of a previously scheduled release.”

As Utah continues to pay for the rising healthcare of its incarcerated residents, many wonder why those who are sick or elderly with low recidivism risks remain incarcerated. The option for early release from prison isn’t just given to those who are showing a decline in health. It has to be requested in writing. Unfortunately, many inmates and their families do not know compassionate release is an option and therefore do not request it, leaving their family member to spend their remaining days behind bars. 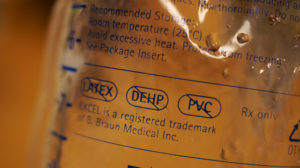 Not only do sick or elderly inmates desire to return home, those who pay for their healthcare agree. According to a document by the Center on Aging at the University of Utah, a 3 year study found that “…older inmates consumed a yearly average of 18% of the contract hospital and physician costs to the Department.” As the prison population ages, the amount spend on their medical expenses and assisted living costs rises as well. Although the Department has tried to “pair elderly offenders . . . who may be less able to care for themselves with younger, more capable offenders who can assist them with daily living tasks”, the increased assistance that comes with age must be overseen by professionals that come with a bill footed by tax payers.

If more inmates and their families were aware of the option for compassionate release or if individuals in the Department were to take the initiative and assist inmates in applying for this early release, more inmates could seek medical or long term care outside the prison walls. Not only would this be desirable for many inmates seeking the care of their loved ones and family practitioners, it would also ease the burden on tax-payers who are footing the bill to pay for medical and long term care for incarcerated elderly individuals. For more information on whether or not an inmate qualifies for compassionate release, speak to an attorney or contact the Utah Department of Correction.

No one wants to be incarcerated, and although people may joke about breaking out, actually being in possession of an escape tool can result in felony charges for inmates or visitors. 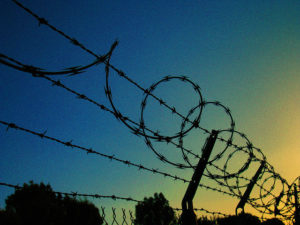 Time behind bars can drag on for those incarcerated and while they may daydream about attempting an escape, possessing any tool that could be used to institute such an escape is against the law. Utah Code 76-8-311.3 states: “a correctional or mental health facility may provide by rule that no . . . implement of escape [escape plan] . . . may be:

Get out of jail early 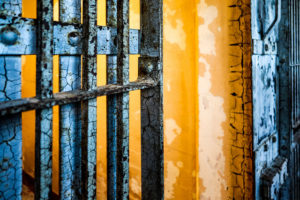 Inmates or their loved ones who wish to shorten the amount of time spent behind bars are encouraged to seek out legal ways to do so. Options such as appealing a case, having an attorney review sentencing for errors, offering information on another case, or showing good behavior while incarcerated are all lawful ways that could shorten a prison sentence. For more information on the possibility of these options with your specific case, contact a criminal defense attorney.