A homeless woman was arrested after she made a threat of terrorism against a local Utah hospital while refusing to leave the property.

22 year old Zoe Michelle Snow was arrested last week for threatening to blow up Utah Valley Hospital after hospital staff made it known that her presence was not wanted on the property. Snow was told repeatedly to leave and was even offered a cab ride away from the hospital but refused to go. She allegedly told workers at the hospital that she would blow up the building if they made her leave. Officers were called to the scene where Snow was behaving in a non-compliant and even combative manner with police. She was arrested for multiple charges including making a threat of terrorism. 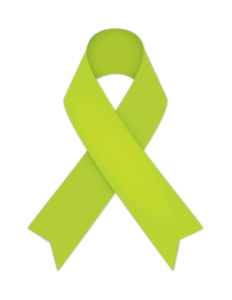 Police reports do not state if Snow, who is homeless at the age of 22 and facing more than a decade in prison for wanting to stay at the hospital had previously been a patient at Utah Valley , but her behavior may display a need for a mental health facility instead. 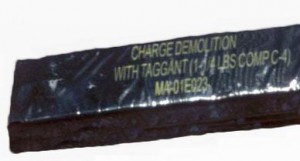 Between Tuesday, Feb. 17 and Friday, Feb. 20, three men and one woman were arrested after allegedly making threats against the Provo Police Department. One of the men was charged with a threat of terrorism.

According to KSL News, the incident that set the stage for the threat of terrorism charges was the fatal shooting of Cody Evans, 24, of Springville, on Sunday, Feb. 15. A Provo police officer and a Utah County sheriff’s deputy shot and killed Evans after he pointed what they believed to be an assault rifle at them. It was later determined that Evans had two different pellet guns.

The same day Evans was killed, “concerned citizens” reported to Provo police that they had seen several threatening messages on social media, including one that read: “To provo pd. Beware of c4 and dat 50cal … I’m fed up yall killin my homies, im killin u!” Provo police said “c4” was in reference to “an explosive that has the capability to cause mass casualties and substantial property damage.” This is where the threat of terrorism comes into play.

On Tuesday, Feb. 17, Brandon Stacy West was arrested after attempting to purchase a firearm. West wasn’t the poster of the comments, however, the attempted purchase went against his probation, and he allegedly had spoken of “retaliation.”

The poster of the comments, Michael Leon Angus, also reportedly referred to a “Fletcher” and asked who else was “down to ride on these pigs,” to which Jacob Fletcher responded, “You know I am …”

Police arrested Fletcher on Wednesday, Feb. 18, on multiple felony warrants. Lindsay Parker, 25, made the third suspect to be arrested. Parker had been with Fletcher for several days, including driving him around the day they were arrested. She admitted in a police affidavit that she knew Fletcher was on the run. In addition to obstruction of justice, Parker was booked on several drug charges.

Angus was the last link in the chain, and he was arrested on Friday, Feb. 20, and booked on investigation of a threat of terrorism. In a statement released by the Provo Police Department, Angus “admitted that he had posted threatening comments about Provo police officers, but claimed he was just upset and did not intend to do anything.”

According to Utah Criminal Code 76-5-107.3, a threat of terrorism can range from a class B misdemeanor to a second degree felony. The misdemeanor would be “if the person threatens to commit any offense involving bodily injury, death, or substantial property damage,” and cause “an official or volunteer agency organized to deal with emergencies to take action due to the person’s conduct posing a serious and substantial risk to the general public.”

In the case of Angus, the fact that he mentioned the C4 explosive jumped the charges up to a second degree felony, punishable by up to fifteen years in prison and a fine of up to $10,000, because he threatened to use a “weapon of mass destruction” as defined in Utah Criminal Code 76-10-401.

This is not to say that Angus didn’t have a right to be upset, however, the lesson is to be aware of how you vent such strong emotions. Putting them in writing on the Internet is not the way to handle it. If you or someone you know has been charged with a threat of terrorism, don’t leave fate in the hands of a public defender. Be sure to contact an experienced criminal defense attorney.