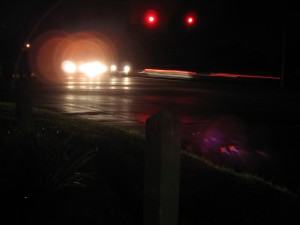 On Saturday, Nov. 29, a high-speed chase ended at Utah Valley Regional Medical Center in Provo. The driver claimed his passenger was choking, but the police weren’t buying it. He was charged with failing to stop for an officer, drug possession, and other related charges.

Everybody has a Story

Police must grow weary of all the stories people try to concoct when they are apprehended. In the case of William Harry Doutis Jr., 53, when he finally pulled over at the hospital after a high-speed chase on I-15 that exceeded speeds of 97 m.p.h., he told officers that he was going that fast because his passenger was choking.

According to a report from KSL News, after the passenger filled out a voluntary statement for police saying that he was never choking and that Doutis had just told him to lie to the police, Doutis admitted to smoking marijuana. However, he said he couldn’t perform the field sobriety test because of “numerous problems that prevented him from taking the tests.”

Other physical symptoms led police to run other tests on Doutis which came back positive for methamphetamines. He was booked into the Utah County Jail for failure to stop for an officer, obstruction of justice, drug possession, driving under the influence, and driving on a suspended license.

Drug Possession Just One of His Worries

Given Doutis’ lengthy criminal history, including two incarcerations at the Utah State Prison, it’s not looking good for his defense. Of his numerous charges, drug possession is one of the more common charges Utahns may encounter and carries a wide range of potential penalties.

According to the Utah Controlled Substances Act, Section (2) “Prohibited acts – B,” it is unlawful for any person to possess or use a controlled substance, “unless it was obtained under a valid prescription or order.” If Doutis was charged for the marijuana, that particular drug possession charge ranges from a class B misdemeanor to a second degree felony based on the amount in the suspect’s possession. The class B misdemeanor is for less than an ounce, then the charges jump from one ounce to one pound, one pound to one hundred pounds, and over one hundred pounds, the second degree felony.

The class B misdemeanor marijuana possession, where most casual users fall, carries a potential jail sentence of up to six months in prison and a fine of up to $1,000. Remember the key is “up to.” Don’t leave your fate in the hands of a public defender. If you have been charged with marijuana possession, contact an experienced criminal justice attorney who is looking out for your best interests.