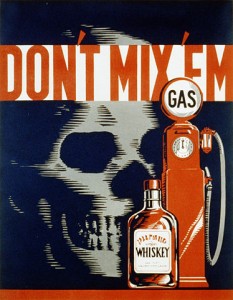 A man arrested last May after a crash that killed the three other passengers in his vehicle pleaded guilty to DUI automobile homicide on Friday, March 27. One of the passengers was the driver’s girlfriend, and the others were juveniles.

Trying to flee from police officers always makes things worse. At the very least, it adds additional felony charges onto what might have been simple misdemeanors had the suspect chosen not to flee. However, for Jonathan Ulises Analco-Cruz, 24, attempting to flee led to a high-speed crash that landed him with multiple counts of DUI automobile homicide.

According to KSL News, on May 17, 2014, an officer attempted to pull over Cruz for doing 60 mph in a 35 mph zone at Salt Lake City International Airport. Cruz accelerated with erratic lane changes as he sped toward eastbound I-80, at which point court documents state that the officer ended the pursuit for public safety reasons.

However, near the I-215 interchange, Cruz apparently lost control of his vehicle and rolled it several times. A reconstruction of the incident indicated that Cruz was going 103 mph when he lost control. Cruz was found at the scene in critical condition. His girlfriend, Michaela Martin, 18, was killed on the crash, as were two male juveniles, ages 17 and 14.

Cruz’s blood-alcohol level was 0.21, almost three times the Utah legal limit of 0.08, and THC was found in his system. Court records indicate that an arrest warrant had been issued for Cruz just nine days earlier for failing to pay a fine and driving infractions.

Cruz pleaded guilty to two counts of DUI automobile homicide and failure to stop at an officer’s command, all second degree felonies.

When a DUI Misdemeanor Becomes a DUI Automobile Homicide Felony

As stated at the beginning of this post, attempting to flee is always a bad idea. Had Cruz consented to be pulled over, he would’ve most likely received a speeding ticket and a DUI charge, a class B misdemeanor provided he didn’t injure anyone or hadn’t been convicted before. Class B misdemeanors are punishable by up to six months in jail and a fine of up to $1,000.

The most important thing to remember is not to take your changes attempting to flee from police if you are driving under the influence. However, if you or someone you know has already been charged with DUI automobile homicide charges, don’t leave the potential of losing fifteen years of your life in the hands of a public defender. Contact an experienced criminal defense attorney who will look out for your best interests.