Convicted felons lose more than their freedom; they lose many civil rights as well. Serving time in prison for a felony is not the only punishment for those convicted. Rights that are granted to each U.S. citizen may be withheld from convicted felons while they serve prison time or for the rest of their lives. 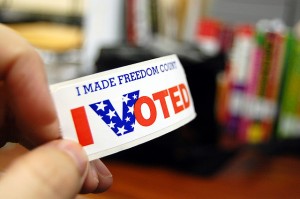 The right to vote is something that every U.S. citizen is granted as soon as they turn 18 years of age. Being convicted of a felony will suspend this right temporarily in most states. According the Title 20A Chapter 2 Section 101.5 of the Utah State Code, “Each convicted felon’s right to register to vote and to vote in an election is restored when:
(a) the felon is sentenced to probation;
(b) the felon is granted parole; or
(c) the felon has successfully completed the term of incarceration to which the felon was sentenced. “

Hence, as long as you’ve served your time or been released, your right to vote will be restored.

Watch yourself Mr. Mayor, cross your “t’s” and dot your “i’s” city council members. Getting a felony charge loses the convicted person’s right to hold office. In order for someone to hold office again, they not only have to serve the time given them for their crimes, they either have to have their record expunged or wait a decade to run for office again. This doesn’t apply in every case however. According to Utah State Code, “ an individual who has been convicted of a grievous sexual offence,[…] against a child, may not hold the office of State Board of Education member or local school board member.”

Right to Serve on a Jury

While many U.S. citizens detest getting a jury summons in the mail, a convicted felon that has been at the mercy of a jury before may wish to have that right later in life. Maybe they were displeased with the way the jury handled the case and evidence and wish to be a better juror for someone else if given the chance. Perhaps they were satisfied with the jury system and wish to be a part of it themselves someday. Unfortunately, the majority of states exclude convicted felons for life from participating in a jury. Fortunately, in the state of Utah, convicted felons are restored their right to serve on a jury if they’ve had their record expunged. 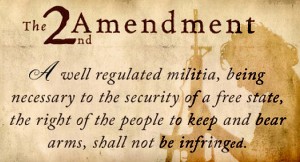 In 18 U.S. Code § 922 it states “It shall be unlawful for any person […] who has been convicted in any court of, a crime punishable by imprisonment for a term exceeding one year; […] to possess […] any firearm or ammunition; or to receive any firearm or ammunition […]
If a convicted felon disobeys this law by being in possession of a firearm is looking at an additional 10 years behind bars. Although this law sounds absolute, there are ways for convicts to restore their gun rights. The only way for a convicted felon to go about this is to have their record expunged. Unfortunately, as gun laws tighten, restoring gun rights to convicted felons tighten as well. For instance, there are times when records can be expunged for those wishing to vote, hold office, or serve on a jury, but there is will be an exception with restoring the right to bear arms. This is most common with violent crimes. Capital crimes, sex crimes against children, first and second degree forcible felonies, as well as repeat felons or those who have already had their records expunged before.

If you or are a convicted felon who has finished serving the required time for your crimes and has waited to allotted amount of time for “cleansing”, speak with an attorney about restoring your civil rights and returning to society with the equal rights given to all U.S. citizens.