Using a fake ID or borrowing someone else’s  will probably result in time behind bars, especially if the person’s name being used has warrants out for their arrest.

Wrong name to use 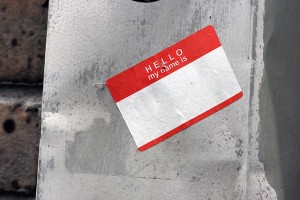 A Florida man who was attempting to avoid jail time gave police officers a wrong name when they approached him about a loud music complaint. 22 year old Darius Devonte McClain thought using his brother’s name instead of his own would be a good idea, since stating his own name would show that he was violating his probation. Unknown to McClain regrettably, his brother had warrants out for his arrest and police proceeded to detain McClain thinking he was his brother. He then fessed up that he had used his brother’s name. Unfortunately for McClain, it didn’t stop his arrest but instead added a charge of providing false information to police along with his probation violation charges.

Pretending to be someone else

Using someone’s name and personal information when approached by police officers is often done by those wanting to avoid charges that may be pending on their own name. If they don’t have their ID in their possession to contradict the name they’ve used verbally, sometimes they can get away with the faulty information. Another reason someone may borrow another’s information is when they are underage and wanting to purchase alcohol or attend a bar. For this reason, actually having the ID stating they are 21 is required. If the underage drinker can find a 21 or older look-alike, such as a sibling, they will often borrow the ID to support their drinking habit. Of course, both giving false information to an officer and using another’s ID are against the law for the accused and their older friend or sibling if they loaned their ID willingly. These charges are minimal compared what will happen if a fake ID is used. 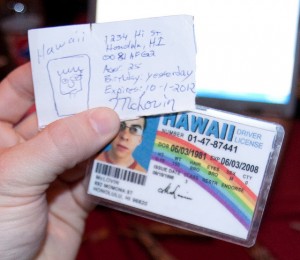 A fake ID is one that has been tampered with or made from scratch altogether. Typical forged data found on a fake ID include:

• The person’s actual ID with information such as the birthday changed
• Someone else’s ID with the picture replaced
• A newly produced, yet fake ID card any desired picture and information

Besides an actual state ID card or drivers’ license, other documentation that can be fraudulently altered or produced includes:

Don’t mess with the feds

All of the above documents, like a fake ID, can be used to deceive law enforcement and other government officials and even steal another’s identity. The listed documents are state issued and bring with them charges based on the state of the arrest. According to Utah Code 76-6-501, producing false identification such as a fake ID is a second degree felony and punishable by up to 15 years in prison. For identification items such as a forged passport, social security card, permanent resident card (green card), or tourist visa, these are federal documents and will bring harsher charges from federal prosecutors.

With technology able to print 3D images, printing or altering a flat ID card is a piece of cake. Fake ID’s are also talked about so casually that many individuals don’t understand the legal ramifications that can come from using one. Making a fake ID or altering a government issued ID is not worth whatever privilege it allows temporarily such as driving, buying alcohol, or travel to other countries. For those caught using or making a fake ID or other state or federal document, speak to a criminal defense attorney immediately.