The majority of criminal cases in the United States end in plea bargains; however they are not always a good deal for those facing charges.  While plea bargains have their place, which is obvious seeing how they account for more than 90% of cases, they are not the answer in every situation.  It is important to discuss any offer of plea bargains thoroughly with an experienced attorney. 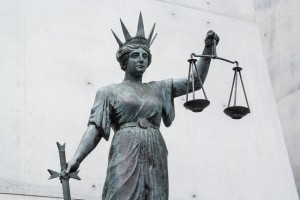 There are many advantages of plea bargains that can benefit the prosecutor, judge, and the defendant. Some of the pros are:

• No trial. When plea bargains are agreed upon, that case will not need to go to trial.  Judges are aware of how busy the courts can be and will welcome any time they can come to an agreement without scheduling a jury trial which is both time consuming and costly.

• Stop before they’re in too deep. If the defendant is obviously guilty of one crime, they are often encouraged to plead guilty to that crime in exchange for plea bargains to dismiss other possible charges.

• Little to no time behind bars. The majority of individuals facing charges will do whatever they can to avoid spending any time behind bars.  Often plea bargains can include a hefty fine and community service instead of jail time.  The defendant gets to move on with their life quickly without the worry of how jail time will affect their work and family.

• Cost. Savings on cost can affect everyone.  When plea bargains are made, the state no longer has to pay county prosecutors and judges to oversee a lengthy trial and the defendant saves on his attorney charges. 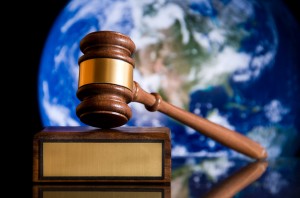 Accepting plea bargains is not always the best choice.  When the defendant agrees to charges, it can permanently damage their chances in the case.  Reasons when plea bargains backfire are:

• Pressure to make a decision. When plea bargains are offered, defendants may feel pressured to accept it quickly without discussing it at length with a credible attorney.  This can lead to surprises during sentencing.

• Signing a confession too early. Often, part of plea bargains involves written confessions of guilt.  If a defendant signs a confession then the judge refuses the plea bargain, the defendant is stuck with an admittance of guilt that the prosecution can use against them.

• Punishment of the innocent. Those who are innocent may accept plea bargains to crimes they didn’t commit to bring things to an end quickly to avoid bad publicity, cost, or emotional hardship. While they may think that a lessened charge is better, no charges should ever be made for those who haven’t done anything wrong.

• Judge can dismiss plea bargains. Similar to signing a confession too early, accepting plea bargains can leave defendants at the mercy of the judge.  If a judge decides to reject the plea bargain, he can throw the book at the defendant with them unable to remove their plea.

A good defense is #1

When it comes to accepting or rejecting plea bargains, a good defense is critical.  An experienced criminal defense attorney (not court appointed) will be more knowledgeable about the charges made along with the advantages and disadvantages of the offered plea bargains.  They can assure that the defendant is left with the best scenario possible.