Those planning on visiting Utah should expect to leave their medical marijuana at home to avoid criminal charges. Fortunately, there are changes upon the horizon, but as for now, marijuana in any form is still not legal to bring here. 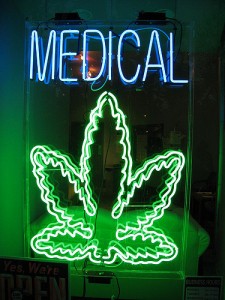 Last week, 21 year old John Arthur Hernandez visiting from California was arrested in St. George Utah after he brought drugs including medical marijuana into the state. The marijuana was in a prescription bottle approved for Hernandez by a doctor from California, but regrettably Utah does not yet authorize the possession or use of marijuana, even with a valid prescription from another state.

For those living in or visiting Utah who are suffering from chronic pain or illnesses, legalized medical marijuana looks to be in the near future for the beehive state. Two different bills to make medical marijuana lawful recently passed the Utah State Senate and are now on their way to the Utah House of Representatives. Due to the enormous amount of opposition thus far, SB 73, the bill allowing more of the plant than just the CBD oil, had to be adjusted. That bill now restricts medical marijuana use to only those with chronic ailments such as aids and cancer. Additionally, the medical marijuana is not allowed in a cigarette form; only edible versions and extracts.

Along with the bills to legalize marijuana, there was also a resolution to reclassify marijuana to a Schedule II drug. Currently the United States Controlled Substances Act classifies marijuana as a Schedule I, the same classification as heroin and cocaine. With the abundance of legal changes likely to take place regarding marijuana, those living in or visiting Utah may not realize that strict criminal penalties are still present. For more information on penalties and legal counsel regarding possession of marijuana either for medical or recreation use, contact a criminal defense attorney.