A minor traffic accident in southern Utah quickly escalated to assault with a vehicle after a driver decided he didn’t want to stay at the scene. 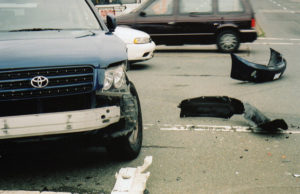 20 year old Ethan Campbell Hansen of St. George, Utah was arrested for multiple misdemeanors as well as four felonies after being involved in a minor traffic accident during holiday festivities last week. The rear-ending accident itself was minor and would have likely ended in a traffic violation for Hansen of following too close. Unfortunately, the fender bender was just the beginning.

Instead of waiting for police to come investigate the accident, Hansen attempted to flee. Two pedestrians were struck by Hansen’s vehicle, suffering minor injuries, while multiple others were able to get out of harm’s way. It was only then that Hansen decided to stay on scene. After authorities were able to obtain Hansen’s true identity and restrain him, he was booked into Purgatory Correctional Facility. His charges include:

• Two Class C misdemeanors for criminal mischief and leaving the scene of a pedestrian accident;

• Two Class B misdemeanor for interfering with an arrest and failing to disclose identity;

• One third degree felony for assault by a prisoner; as well as

• Three other third degree felonies for aggravated assault with a vehicle (dangerous weapon).

Assault with a vehicle 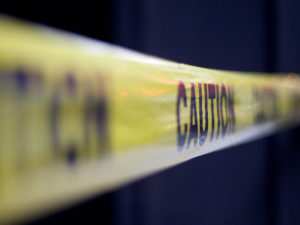 Utah Code 76-5-103 states that “aggravated assault is an actor’s conduct that is
i. An attempt, with unlawful force or violence, to do bodily injury to another;

ii. A threat, accompanied by a show of immediate force or violence, to do bodily injury to another;

That includes the use of:

i. A dangerous weapon [any item capable of causing death or serious bodily injury]”

Although no weapons were located on Hansen or in his vehicle, assault with a vehicle has the potential to cause serious injury or death and is categorized along with other weapons when used in an assault.

Go big and go to jail 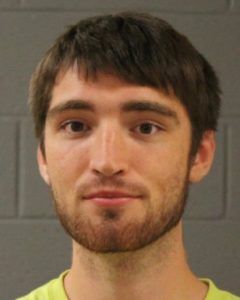 With four misdemeanor and four felony charges to face in court, Hansen has the potential to face over 20 years in prison and fines totaling nearly $35,000. No one is sure why Hansen chose to escalate the situation, seeing as he isn’t known to be a violent offender or have any criminal history at all; He may have been simply trying to run away from the problems he caused. Many younger adults are not educated on how to property react to intense situations and fleeing can often seem the best course of action at the time. It is imperative that they are taught the importance of staying on the scene of an accident and not expanding the situation by reacting poorly. Anyone facing charges for a minor or serious offense is encouraged to seek guidance from this point out from a qualified criminal defense attorney.