Some individuals can display behavior in public that is obviously inappropriate, but at what point does it constitute lewdness in Utah? 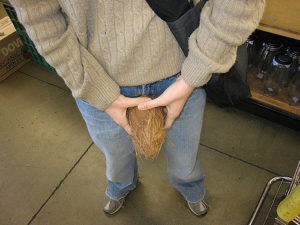 According to Utah Code 76-9-702, A person is guilty of lewdness if the person under circumstances not amounting to [any sexual assault offense], performs any of the following acts in a public place or under circumstances which the person should know will likely cause affront or alarm to, on, or in the presence of another who is 14 years of age or older:
(a) an act of sexual intercourse or sodomy;
(b) exposes his or her genitals, the female breast below the top of the areola, the buttocks, the anus, or the pubic area;
(c) masturbates; or
(d) any other act of lewdness.”

Lewdness is a class B misdemeanor unless the person is a repeat offender or a convicted sex offender; in that case, the charge would be raised to a third degree felony.

Although the section of Utah Code defining lewdness explains specific ways in which a person could face charges, it then adds “any other act of lewdness” which definition could leave the door wide open to interpretation. The Court of Appeals of Utah addressed one officer’s interpretation of this law in the late 90’s when a 16 year old juvenile was charged with lewdness after he “grabbed ahold of his crotch and shook it up and down” while standing in front of a parked vehicle occupied by a woman. An officer observed this deliberate act of offensive behavior that lasted for an uncomfortable “ten to fifteen seconds” and arrested the teen for class B misdemeanor lewdness.

Not of equal magnitude of gravity

The Court of Appeals of Utah reversed the charges on the teen, stating that “while {the 17 year old’s] gestures were certainly immature and offensive, they are not of similar gravity as the conduct expressly proscribed by [section 76-9-702]”. With a law that could risk being interpreted too harshly by some law enforcement, it is vital to seek representation from an experienced defense attorney if charges such as lewdness ever arise.