The Fourth Amendment to the Constitution protects the people against “unreasonable searches and seizures” without a valid warrant, however there is an court-ruled exception to this protection known as the Community Caretaking Doctrine that all citizens should be aware of. 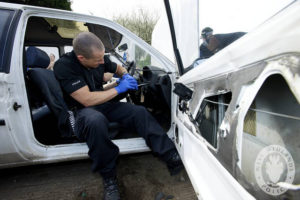 The Community Caretaking Doctrine was first brought to light in the case of Cady V. Dombrowski in 1973. Chester J. Dombrowski was a Chicago, Illinois police officer who was driving intoxicated and crashed his car in a town just north over the border in Wisconsin. While Dombrowski lay unconscious in the hospital, police towed the car and later went back to search it after learning Dombrowski was a Chicago police officer who should have been in possession of a service weapon. Fearful the weapon could fall into the wrong hands, officers returned to the car and did a thorough search. Instead of finding Dombrowski’s gun in the car, officers found bloody items in the trunk that led them to discover Dombrowski had been involved in a murder. Dombrowski tried to fight the murder charges, stating his Fourth Amendment rights had been violated when police searched his vehicle without probable cause of a crime and a warrant.

In People v. Ray (1999), officers were dispatched to a home after a concerned neighbor reported the door ajar and the house in disarray. When police arrived, the neighbor confirmed the home in question and the officers observed the front door wide open and the interior appeared to have been burglarized. Items were everywhere, things tipped over and one of the officers noted it “appeared to be ransacked.” Concerned for the well-being of the resident living there and suspicious a burglar suspect may still be inside, the two officers entered the home without a warrant. Once inside, officers merely observed the scene, not touching or opening anything. 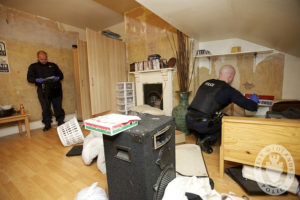 They did not find a burglar or a resident in need of help, but they did see a large amount of cocaine. After seeing the drugs, officers returned later with a search warrant and arrested Andre Lamont Ray, the resident of the home, for possession of cocaine with intent to sell among other drug charges. Ray also tried to fight the charges against him, just like Dombrowski, he felt his Fourth Amendment rights against illegal searches had been violated.

The Fourth Amendment to the Constitution protects the people against unreasonable searches and seizures without probable cause and a lawful warrant. If a search is performed without either permission from the person or a warrant signed by a judge, any evidence obtained through the search is not permissible in court. There are a handful of exceptions to the Fourth Amendment however, such as: when consent is given, if illegal evidence is in plain view, or if local officers “perceived a need to act in the proper discharge of his/her community caretaking functions” as stated in People v. Ray (1999). 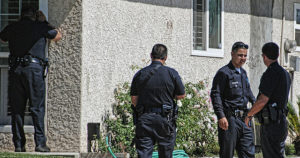 The Community Caretaking Doctrine is the result of the people expecting more from police officers than upholding the law. Officers are also expected to serve and protect – always willing to come to the aid of any person in need of help. The U.S. Supreme Court stated in Cady v. Dombrowski that officers are subject to activities that are not related to their criminal investigations and are “community caretaking functions, totally divorced from the detection, investigation or acquisition of evidence relating to the violation of a criminal statute.” In People v. Ray, the superior court noted that in “[these] types of situations ( . . . ) I don’t believe police officers acted improperly in the sense that they were performing a community service of community value. That’s what they are there to do.”

Limitations to the exception

The community caretaking doctrine seems like an open-ended invitation for officers to conduct an unlawful search in the name of helping out a citizen. There are limitations to this warrantless search however that includes officers distinguishing real threats from possible ones and acting on questionable information. Anyone who feels their Fourth Amendment rights were violated due to Community Caretaking loophole and are now facing charges should consult with an experienced criminal defense attorney.