Just how not every person charged with a crime is guilty, not every attorney prosecuting a case is innocent. Some may do whatever it takes to ensure a conviction, even if their ways of obtaining a guilty verdict are unethical or even illegal. When this occurs, it is known as prosecutorial misconduct. 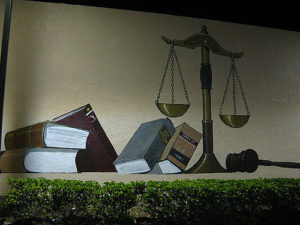 On Monday November 6, 2017 federal prosecutors gave up their fight to indict former Utah Transit Authority board member Terry Diehl on felony charges stemming from allegations that he failed to disclose assets when he filed bankruptcy in 2012. Originally, prosecutors had 14 felonies stacked up against Diehl but the charges slowly dwindled away after the prosecution was found to have been misleading, incapable of doing simple math, as well as unable to produce factual evidence to support the charges. Not having much left to work with, prosecutors dropped the case entirely. Although many Utah residents disagree with the apparent crooked way Diehl operated business, he still has Constitutional rights to a fair trial. The prosecution should have been honest in the way they handled the case.

When a prosecuting attorney breaks the law or behaves unethically during a case in order to ensure a conviction, this is known as prosecutorial misconduct. Some illegal or immoral activities in which prosecutors have been involved in include:

• Falsifying evidence. This includes any evidence that has been altered or fabricated. In the case of Terry Diehl, it was reported that the prosecution falsified evidence by trying to use a tax document with a forged signature of Diehl.

• Tampering with or intimidating witnesses. Sometimes the testimony of a witness is enough to throw a case in favor if the defendant. In People v. Warren (1978) a key witness was unsure about testifying in his friend’s behalf for fear of self-incriminating himself for the crime instead. Through a “barrage of cautionary questioning”, the prosecution essentially scared the defense’s witness into taking his Fifth Amendment rights to protect himself. The Prosecution was said to have “crossed the line separating proper advisement from intimidation”.

• Discriminating potential members of a jury. According to the United States Courts, in Batson v. Kentucky (1986) “the prosecutor used his peremptory challenges to remove all four African Americans from the jury pool.” The Court ruled that “while a defendant is not entitled to have a jury completely or partially composed of people of his own race, the state is not permitted to use its peremptory challenges to automatically exclude potential members of the jury because of their race.”

These and other methods of prosecutorial misconduct put the defendant at an unfair disadvantage during their court proceedings at the hands of the prosecution who is there to serve the people, not their tally of guilty verdicts.

Servant of the law

Prosecuting attorneys are upheld to a greater code of conduct than other attorneys as they are appointed by, and represent the State or the Nation. As noted by the U.S. Supreme Court in Berger v. United States (1935), the prosecuting attorney is “a servant of the law”. They also add that “while [the prosecuting attorney] may strike hard blows, he is not at liberty to strike foul ones. It is as much his duty to refrain from improper methods calculated to produce a wrongful conviction as it is to use every legitimate means to bring about a just one.” With the position of trust that prosecutors hold, they should perform their duties honorably, favoring justice over a guilty verdict. A qualified defense attorney will be able to recognize dishonest snares put in place by the prosecution and be diligent in ensuring the case is handled fairly.