A Utah man could be facing attempted murder charges in Mexico after attempting to flee a crime by driving through a busy port of entry. 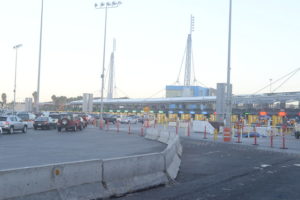 29 year old Frank Eddie Stricker was fleeing police in Mexico when he drove through the U.S. port of entry with complete disregard to bystanders in his way. Moments before the chaotic scene at the border, Stricker and his girlfriend had gotten into a disagreement with another individual at which point Stricker allegedly brandished a knife. When Mexico police confronted him, Stricker and his girlfriend entered their rental truck and proceeded to charge the port of entry towards the U.S., injuring five people.

Since Stricker committed the crimes in Mexico, he is subject to the interpretation of their law and accompanying punishment for a crime. According to the U.S. Embassy in Mexico “While in a foreign country, a U.S. citizen is subject to that country’s laws and regulations which sometimes differ significantly from those in the United States and may not afford the protections available to the individual under U.S. law.” While Stricker is subject to sentencing at the hands of the Mexican government, if he is lucky, there is a chance he could serve his time in the United States thanks to the International Prisoner Transfer Program. While that could take a lot of time, especially awaiting trial and sentencing, Stricker is likely to spend an undesirable amount of time incarcerated on foreign soil. Until then, the U.S. Consular Officers stated that they will help U.S. citizens arrested abroad in the following ways:

Stricker is currently being held by the Public Ministry awaiting a criminal hearing in a foreign court.

A bad acid trip in Orem, Utah ended in one man missing an ear and the other facing charges for attempted murder with a meat cleaver. 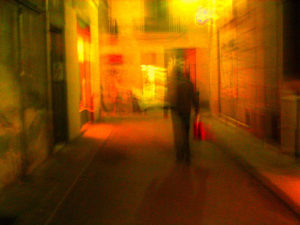 30 year old Mackenzie Ulibarri and 27 year old Jordan Smith were allegedly tripping on acid together when an altercation broke out between the two roommates. Reports state Ulibarri was upset with Smith being loud and echoing the same phrases repeatedly. The way these mannerisms were viewed was likely to be enhanced due to the effects of the hallucinogens and Ulibarri claimed to be scared by his roommate’s behavior. He then fired a weapon at Smith and when that didn’t work, he attacked him with a meat cleaver. Smith suffered several injuries, including one of his ears being detached completely. Ulibarri was arrested on multiple charges including attempted murder.

(a) Engages in conduct constituting a substantial step toward commission of the crime; and
(b) (i) Intends to commit the crime; or
(c) (ii) When causing a particular result is an element of the crime, he acts with an awareness that his conduct is reasonably certain to cause that result.”

When an individual is under the influence of a hallucinogen such as LSD, there is usually little to no awareness of reality. The National Institute on Drug Abuse states: “some hallucinogens interfere with the action of the brain chemical serotonin, which regulates:

Other hallucinogens interfere with the actions of the brain chemical glutamate, which regulates:

• Pain perception
• Responses to the environment
• Emotion
• Learning and memory”

NIH goes on to note: “short-term effects of some hallucinogens include: . . .

• Mixed senses (such as “seeing” sounds or “hearing” colors)
• Spiritual experiences
• Feelings of relaxation or detachment from self/environment . . .
• Panic
• Paranoia – extreme and unreasonable distrust of others
• Psychosis – disordered thinking detached from reality”.

With such an overall effect on a person’s physical, mental, and emotional state, it is not surprising to note that someone tripping on acid may not have the awareness necessary to know what they are doing or what the consequences of their actions may be.

When someone makes the conscious choice to partake in a substance known to skew a person’s reality or decision-making skills even to the point of making them temporarily insane, they are also taking the responsibility of any criminal activity they may perform while under the influence of that substance. According to Utah Code 76-2-305, “It is a defense to a prosecution under any statute or ordinance that the defendant, as a result of mental illness, lacked the mental state required as an element of the offense charged. . .[however] A person who asserts a defense of insanity or diminished mental capacity, and who is under the influence of voluntarily consumed, injected, or ingested alcohol, controlled substances, or volatile substances at the time of the alleged offense is not excused from criminal responsibility on the basis of mental illness if the alcohol or substance caused, triggered, or substantially contributed to the mental illness.”

Those individuals who are facing charges stemming from criminal actions while under the influence of alcohol or drugs such as hallucinogens are encouraged to seek legal counsel from an experienced attorney who can help find valid defense opportunities pertinent to each specific case.

A mentally ill man was arrested in Utah after his counselor reported the patient’s plan to commit murder.

On a deadly assignment

25 year old Joseph Terrill Bonnell-Hall who is listed as a resident of Plummer Idaho within the boundaries of the Coeur d’Alene Tribal Reservation was arrested in Utah while allegedly en route to Albuquerque New Mexico to murder four people. Bonnell-Hall’s counselor at a treatment center on the reservation alerted authorities that Bonnell-Hall was mentally ill and had left the facility with plans to murder people. According to the information put out by a dispatcher in Utah, Bonnell-Hall suffers from schizophrenia and told his psychologist the voices in his head were telling him to kill people in New Mexico who were using magic to hurt him. Law enforcement in Utah located Bonnell-Hall outside a grocery store in Spanish Fork with weapons and ammunition in his vehicle.

Attempted murder from 500 miles away

Bonnell-Hall was arrested and booked into the Utah county jail for multiple charges including:

• Possession of a deadly weapon with criminal intent, a class A misdemeanor according to Utah Code 76-10-507; and

• Four counts of attempted murder, each a first degree felony despite the fact that Bonnell-Hall was still over 500 miles away from those he allegedly planned on killing.

There is a possibility that Bonnell-Hall may face more charges including those on a federal level since his crime encompassed three different states. It is not known if the Tribal Police of the Coeur d’Alene reservation will be also add any additional charges at this time.

Substantial step toward the crime

While Bonnell-Hall still had nine hours of drive time left before his planned victims would have been in immediate physical danger, he voiced a threat of violence or death and made steps towards carrying out that threat such as already being halfway to his destination and crossing state lines while in possession of firearms and ammunition. Utah Code 76-4-101 states: “… a person is guilty of an attempt to commit a crime if he:

a) engages in conduct constituting a substantial step toward commission of the crime; and

b) (i) intends to commit the crime; or

(ii) when causing a particular result is an element of the crime, he acts with an awareness that his conduct is reasonably certain to cause that result.”

While the general public is happy that someone who was a threat to others and possibly himself is off the street, the concern with the breach of doctor and patient privacy or the seeming disregard of HIPPA rules cannot be ignored. The easy answer to this breech of patient privacy could be due to the fact that the healthcare professional was on the tribal reservation, which falls out of state and federal jurisdiction and is therefore not expected to uphold to the same restrictions. Had that same healthcare professional been within Utah State jurisdiction however, surprisingly it would have been the same result.

Utah Code 58-61-602 begins by issuing strict guidelines protecting patient privacy. It reads: “A psychologist . . . may not disclose any confidential communication with a client or patient without the express consent of: the client or patient; the parent or legal guardian of a minor client or patient; or the authorized agent of a client or patient.” That same section goes on to note however that there are instances where “the psychologist is permitted or required by state or federal law, rule, regulation, or order to report or disclose any confidential communication . . . “. This includes when the information pertains to the “abuse, neglect or exploitation of a vulnerable adult”, “child abuse or neglect “, “communicable disease”, or if it falls under the “limitations of therapist’s duty to warn” found in 78B-3-502 which reads:

(1) A therapist has no duty to warn or take precautions to provide protection from any violent behavior of his client or patient, except when that client or patient communicated to the therapist an actual threat of physical violence against a clearly identified or reasonably identifiable victim. That duty shall be discharged if the therapist makes reasonable efforts to communicate the threat to the victim, and notifies a law enforcement officer or agency of the threat.”

That section protects a therapist for breeching privacy laws by stating:

(2) An action may not be brought against a therapist for breach of trust or privilege, or for disclosure of confidential information, based on a therapist’s communication of information to a third party in an effort to discharge his duty in accordance with Subsection 1. . .”

Since Bonnell-Hall told his counselor that he planned to kill specific people, the counselor then had enough information to alert the authorities in an effort to try and protect the potential victims. Although sessions with a counselor or psychologist should be private and even disturbing things said during that time are kept private, if the counselor feels there is a specific threat to a person or persons, they are obligated to report it. For more information on when doctor patient information can be used against a defendant in court, contact a criminal defense attorney.