A Utah man is facing felony charges after authorities responding to a fire at an apartment building discovered the tenant was cooking concentrated marijuana. 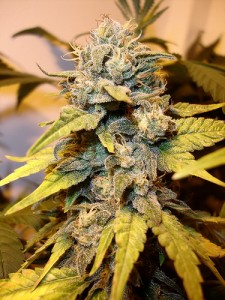 18 year old Michael Irey of Eagle Mountain wasn’t making pot brownies when he accidentally caught his kitchen on fire, he was extracting the THC from the marijuana and cooking it down into highly concentrated marijuana “dabs”. Dabs are similar to hash, yet they are more pure and extra potent. Because of the increased THC potency of dabs and even with the lesser potent hash oil and other forms of concentrated marijuana, the penalties for production are far higher than for marijuana that is left unaltered. The charges are so severe, manufacturing concentrated marijuana is considered to be operating a clandestine drug lab.

When speaking of a clandestine drug lab, it is usually referring to either a meth or crack lab. However, a lab or kitchen where there is cooking or production of concentrated marijuana such as dabs or hash falls under the same category as a meth lab. Operating a meth, crack or concentrated marijuana clandestine lab is a 2nd degree felony and is punishable by up to 15 years in prison. 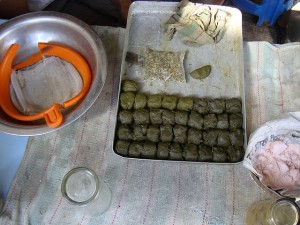 The reason making concentrated marijuana is punished as severely as making meth is explained generally in the Clandestine Drug lab Act. “ . . .because of its quantity, concentration, physical characteristics, or chemical characteristics (it) may cause or significantly contribute to an increase in mortality, an increase in serious illness, or may pose a substantial present or potential future hazard to human health or the environment when improperly treated, stored, transported, disposed of, or otherwise improperly managed.”

Know the laws for your state

With many states legalizing marijuana and others reducing their charges, it is important to know the specific laws for your state. For more information on Utah’s drug laws or to speak to an attorney about charges related to marijuana, contact a criminal defense attorney.