Prescription drug abuse among Salt Lake City residents is a growing trend that can have criminal and even deadly consequences. 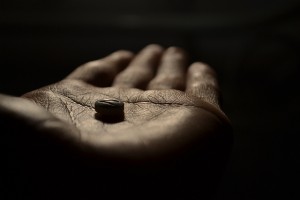 According to the National Institute of Drug Abuse, the most common types of abused prescription drugs are:

A prescription drug without a valid prescription from a health care professional is considered a controlled substance.  Possession or distribution of a controlled substance brings with it similar penalties as those for meth, marijuana, and cocaine.  Not only does prescription drug abuse brings with it criminal penalties, but also physical and mental anguish including overdose and death.  Don’t wait until it’s too late to get help.  Contact a substance abuse clinic immediately.  For those in Salt Lake City who are seeking legal counsel for possession or distribution of prescription drugs, contact a criminal defense attorney to help you get substance abuse support you need instead of jail time. 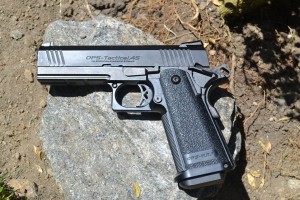 On Wednesday, March 18, a La Verkin man who was arrested following the March 11 robbery of a Hurricane pharmacy was charged with more than just aggravated robbery for that incident. He was also given additional charges for a previous robbery at the same location almost a year earlier to the date.

Don’t Return to the Scene of the Crime, Especially not to Rob it Again

According to an article in KSL News, just before noon on March 11, Jonathan S. Forest, 37, entered the Hurricane Family Pharmacy, displayed what was later discovered to be an airsoft gun, and made demands for prescription medication.

A witness to the robbery followed Forest after he left the pharmacy. A call to 911 resulted in an arrest of Forest within 6 minutes of the robbery. Forest had the prescription medication and black airsoft gun on his possession. This led to the original charge of aggravated robbery.

However, between his arrest and conviction on March 18, officers were able to link Forest to another robbery of the same pharmacy on March 31, 2014. After obtaining a search warrant for Forest’s place of residence, detectives located evidence “consistent with the first robbery.”

As a result of these new discoveries, Forest was charged with aggravated robbery, aggravated assault, and nine counts of possession of a controlled substance.

While some may question whether an airsoft gun could cause “serious bodily injury,” the article goes on to define a dangerous weapon as “a facsimile or representation of the item, if…the actor’s use or apparent intended use of the item leads the victim to reasonably believe the item is likely to cause death or serious bodily injury; or the actor represents to the victim verbally or in any other manner that he is control of such an item.”

Aggravated robbery is considered a first degree felony, punishable by anywhere from five years to life in prison and a fine of up to $10,000. If you know someone who has been charged with aggravated robbery, don’t leave that wide interpretation of punishment in the hands of a public defender. Contact an experienced criminal defense attorney. 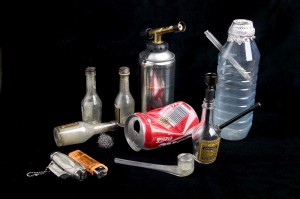 A minor infraction will lead to big trouble for a Salt Lake man stopped for jaywalking in Salt Lake. In addition to jaywalking, the man was arrested for being in possession of drug paraphernalia and previous warrants.

One Crime at a Time

There is an old adage known to most criminals. “One crime at a time.” For example, when driving a stolen car, don’t break the speed limit as well. This is something that Tyson Bate, 25, would have been wise to remember before jaywalking with drug paraphernalia on his person and warrants in his past.

On Thursday, Oct. 30, Bate exited a vehicle along the roadside near 1800 S. State Street. According to a report from KSL News, after getting out of the car, Bate immediately proceeded to walk across State Street against the light and was nearly hit by an officer.

“[A]n officer was driving in his marked police car north on State Street and almost hit the guy because he either ran or walked right in front of him,” Salt Lake police detective Dennis McGowan said.

On the stop, Bate was compliant, but when the officer went to look up Bate’s information, he fled. A pursuit ensued involving other officers and Bate was arrested on suspicion of drug paraphernalia, jaywalking, fleeing from police, and his other warrants, which including a variety of charges including others for possession of drug paraphernalia, possession of a controlled substance, and theft.

Drug Paraphernalia was the Problem

For Bate, the incident of jaywalking might have simply resulted in a warning depending on traffic conditions at the time. However, being in possession of drug paraphernalia is not just a “warning” offense in Utah. According to the Utah Drug Paraphernalia Act, “it is unlawful for any person to use, or possess with intent to use, drug paraphernalia”. The offense is a class B misdemeanor, punishable by up to six months in jail and a fine of up to $1,000.

If you or someone you know has been charged with possession of drug paraphernalia or any other crime, be sure to contact an experienced criminal defense attorney who has your best interests in mind.