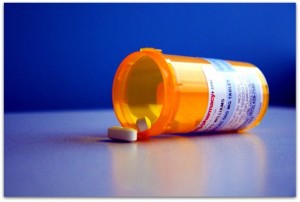 US code 21-829 states “It shall be unlawful for any person to distribute a controlled substance in schedule I or II to another except in pursuance of a written order of the person to whom such substance is distributed […]” Sharing prescription drugs can bring criminal penalties, especially if they are considered highly addictive. The reason for this is their higher potential to cause dependency problems and the fact that they are very often abused. According to the National Institute of Drug Abuse, prescription drug abuse kills about 20,000 people every year. This number is roughly the same amount that is killed from illegal drugs such as meth and heroin.

During a raid on a Logan Utah home on July 21st 2015, four people between the ages of 18 and 21 years old were arrested when officers arrived at the home in the early morning hours with a search warrant.  Located inside with the four individuals were two pounds of marijuana, mushrooms, and two marijuana plants.  Since the plants were found, marijuana cultivation will be added to the possession charges.

Law and penalties for marijuana cultivation

Utah code 58-37-8 states that “it is unlawful for any person to knowingly and intentionally produce, manufacture, or dispense, or to possess with intent to produce, manufacture, or dispense, a controlled or counterfeit substance.”  Any person found violating this law in regards to marijuana is guilty of a 3rd degree felony while repeat offenses would be 2nd degree felonies.

Excluding the nineteen states where marijuana is legal for medicinal purposes; four states have legalized marijuana for recreational use as well.  All of those states where recreational marijuana use is legal are surrounding Utah in the western United States.  It’s just a matter of time before the majority of the states including Utah have similar laws.  Until then, possession or marijuana cultivation is not worth the consequences.  For more information on marijuana laws, or to seek counsel regarding possession or marijuana cultivation charges, contact a criminal defense attorney.