Sentencing entrapment and manipulation are both claims of injustice that can be made by a defendant during sentencing if they feel they were encouraged to commit a serious crime by authorities or if they committed or are facing a higher sentence than necessary. 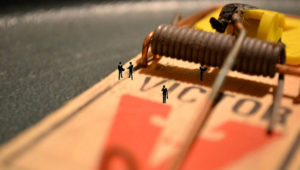 According to the case of Leech v. State, “Sentencing entrapment is said to occur when the State causes a defendant initially predisposed to commit a lesser crime to commit a more serious offense.” Sentencing manipulation on the other hand is defined as “when the government engages in improper conduct that has the effect of increasing a defendant’s sentence.” (United States v Garcia). Although Sentencing entrapment and sentencing manipulation have slightly different meanings, they are often used interchangeably in court.

Sentencing entrapment and manipulation can occur during organized stings or through the encouragement or persuasion of an officer or informant. All too often these cases of inflating offenses involve drugs. When drugs are involved, there are several ways in which a simple drug charged could be blown up to become something more.

• An undercover agent may know a suspect is a known drug user but not a dealer. By asking the suspect to sell drugs to the undercover officer, he can then be charged with not only possession but also distribution.

• The same bloating of charges can occur if someone sells narcotics and the agent asks the suspect to sell more to have them reach a distribution amount that carries higher penalties.

• In the case of Unites States v. Walls, the undercover DEA agent asked the suspect to supply him with crack and was given powdered cocaine instead. After insisting that he wanted crack and not cocaine, the suspect then complied and had it cooked by a third party. When asked in court why the DEA agent requested crack from the suspect and not cocaine, the agent’s reply was: “Well, crack cocaine is less expensive than [powder] cocaine, and we felt like through our investigation, that it takes fifty grams of crack cocaine to get any target over the mandatory ten years.” 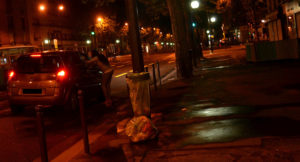 Prostitution is another common area where sentencing entrapment and manipulation arise frequently; such was the case of Taylor Hummel of southern Utah. Hummel was actively soliciting sex from adults, but through his internet ad and other communication he never stated he wanted children involved. The undercover agent offered prostitution services to which Hummel agreed. The agent then offered a 13 year old girl to be involved with the sexual exploits as well. Hummel was hesitant but did not decline. When the time for the exchange took place, Hummel mentioned he had reservations about a minor being involved and did not pay for sexual services from her. Although he only sought and paid for adult prostitution (Class B misdemeanor) he was still charged with conspiracy to commit child rape (a first degree felony). Had the offer not been made by an undercover agent, Hummel may never have even thought of including minors in his sexual addictions.

For whatever reason or hidden agenda, sometimes the crime that a suspect is recognized as being guilty of is not sufficient. It is then that sentencing entrapment and manipulation occurs by officers who wish to create a more serious offense to snare the suspect with. There are several theories as to why police officers would want to be involved in sentencing entrapment.

• Acknowledgement or a pat on the back from their department and the public if the officer helps bring in a serious offender, or “the big fish”;

• The not-talked-about “quotas” that they are unofficially expected to meet;

• Increased chance of promotions or even incentives such as bonuses for making a certain type of arrest; or possibly

• Overtime pay. Many precincts give their officers overtime pay if they are forced to work past their shift in order to complete the arrest and the paperwork that follows. Additionally, overtime pay is often given to law enforcement to be present or even on-call during a court hearing that results from an arrest. 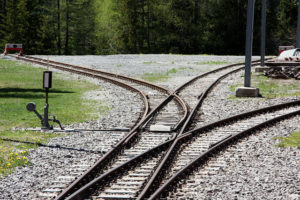 Sentencing entrapment and manipulation has been referred to as “outrageous official conduct [that] overcomes the will of an individual” (United States v Jacobsen). In many cases, if officers would have refrained from getting involved to expand a crime or not created a major illegal opportunity to entrap someone in, that person may have gone on to never committing that crime in their lifetime. Instead, many victims of sentencing entrapment and manipulation will spend a lifetime in jail for the inflated offenses.

Anyone who is facing charges where they feel law enforcement used entrapment or manipulation to increase their possible sentencing is encouraged to seek legal counsel. If someone has committed a crime, they should only have to face those crimes in court, not the top sentencing, inflated version of it.