Recent drug raids in northern Utah verified to authorities that a Mexican drug cartel has been trafficking narcotics through the state of Utah. 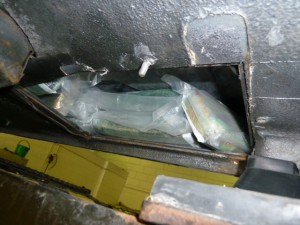 Photo by: The National Crime Agency

The raids that were conducted during the early part of September 2015 in West Valley and Midvale resulted in almost $2 million dollars worth of narcotics seized. 50 pounds total was located in both a suitcase and concealed locations in five different vehicles. This was a big hit to the Mexican drug cartel, not only financially but also to their personnel.

Those arrested included some bigwigs in the Mexican drug cartel who were probably in the state looking over their operations. These individuals are known as being considerably dangerous. The fact that a firearm and two live grenades were recovered in the raids cemented this notion.

Pawns of the Mexican drug cartel

Drug trafficking and distribution is a risky business and getting mixed up with the Mexican drug cartel proves to be fatal for numerous individuals. Trying to escape that life can also be dangerous as those who try to leave frequently face repercussions. Sometimes, facing criminal charges instead may be an opportunity to seek help to leave that lifestyle behind. Deals can often be made to bring down those higher up. For more information contact a criminal defense attorney.